Getting the lowest house edges on casino games usually takes some doing but is achievable and worth the time to obtain when you can.

Craps is not necessarily a game of strategy but getting the edge beneath 1 percent requires not only that you stick to pass, come, don’t pass and don’t come bets, but also requires tacking on odds or laying odds on your wager.

However, sometimes, players just want to relax and have fun. So, what games are available that don’t require complex strategies or study of multi-tiered bets and still have a fighting chance to win? You may not get the house edge all the way below 1 percent without digging a little deeper, but the bets listed in this article all have edges of less than 3 percent with minimal effort on your part.

That doesn’t mean you’re an automatic winner. On any game with a house edge, you’ll lose more than you win over time. But you will have more winning sessions on low-edge games than on double-zero roulette with its 5.26 percent edge on most bets, and that’s just math!

For a relatively low house edge, try these easy-to-play games and strategies. 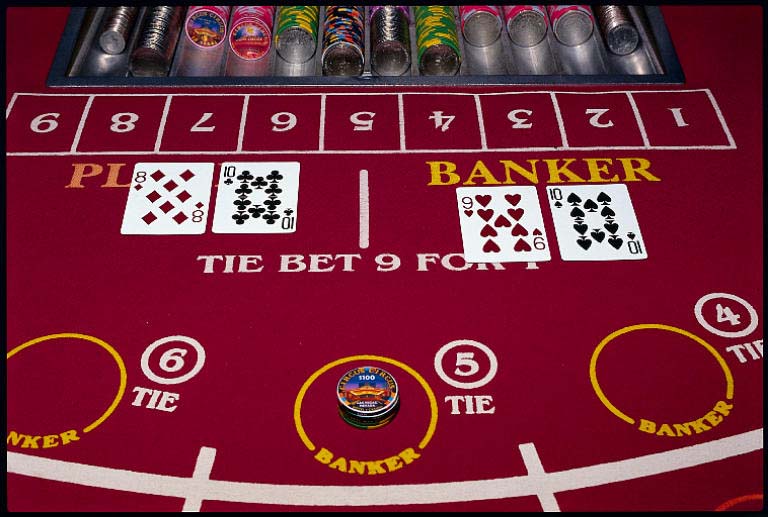 Baccarat: While it may be intimidating at first glance, Baccarat is a simple game where once you sit down and start to play, you will quickly learn the in’s and out’s of the game. You won’t decide whether extra cards are drawn after the initial deal. You don’t need to know even a single strategy move to get the low house edge of 1.06 percent when you bet on banker or 1.24 percent when you bet on player. In fact, the only decision you need to make is whether to bet on banker or player — the only two hands that are dealt, no matter how many players are at the table. Decisions on whether to add a third card to either of the two-card hands are automatic, dependent on the totals of the first two cards. It’s all posted at the table so you can follow along. To enjoy the game, what you need to know is that the hand closer to a total of 9 wins. Aces count as 1, 2 through 8 as face value, and 10s and face cards as zero. You’ll pick up the rest as you play.

But really, all a bettor needs to know is that the house edges are low on both banker and player. Ignore the tie bet, which carries a 14.4 percent edge, but making either of the others gives you a low edge shot to win with no strategies to learn. 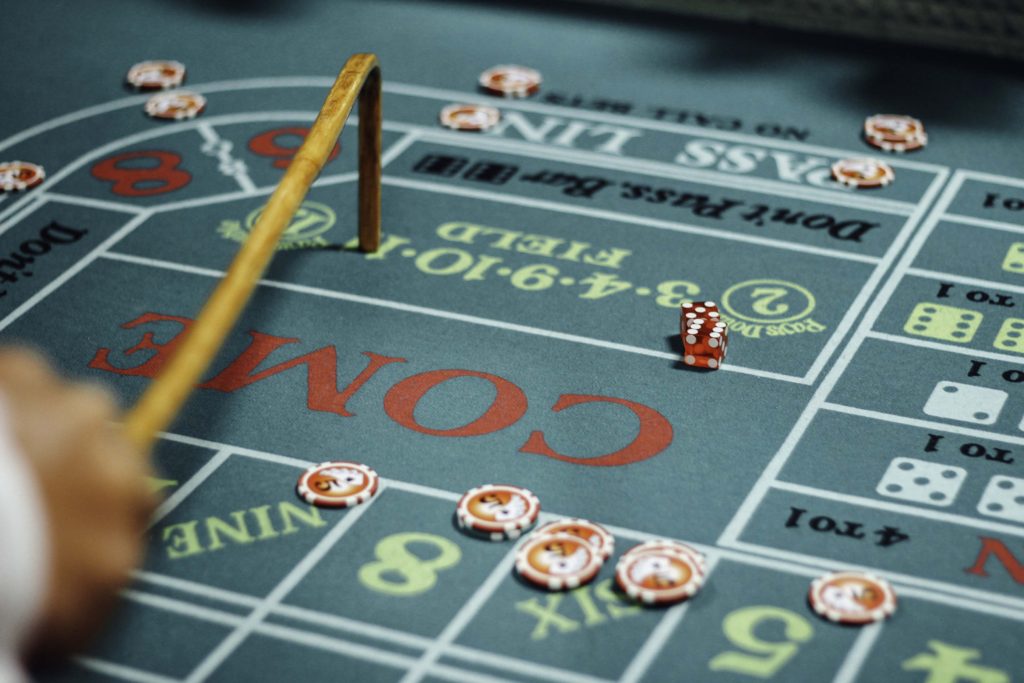 Craps: In what is probably the most fun game in the casino, craps also offers a low edge with very little work. To keep it simple, we will start with a one-roll bet. You make your bet, the shooter rolls and you either win or you lose.

Most of the one-roll bets are terrible with extremely high house edges. However, the field bet does check in at 2.78 percent provided you get a 3-1 payoff on either 2 or 12 – 12 in most markets.

Here is how it works. Place your chips directly in front of you in the area marked “Field.” You win even money if the shooter rolls 3, 4, 9, 10 or 11. If the roll is 2 or 12, you get a bigger payoff. If that payoff is 2-1 on both numbers, the house edge is 5.56 percent and you can cross the field off your list of potential wagers. However, if one of those numbers pays 2-1 while the other pays 3-1, the edge is reduced to 2.78 percent.

You can do better than that at craps without getting into the extra wagers and complexities of taking or laying odds. By placing bets on the 6 and 8, you will enjoy a house edge of just 1.52 percent with minimal effort. Simply place your chips on the layout and tell the dealer you want to place 6 and/or 8, and then sit back and watch. If the shooter rolls a 7 before rolling your number, you lose, but if the shooter rolls your number, you win and are paid at 7-6 odds. Because of that 7-6 payoff, you do need to pay attention enough to bet in multiples of $6 – a $5 winner will just be paid even money. But there is no strategy to learn, no secondary bets to make, and the 1.52 edge is among the lowest available.

While the 6-8 bet is about as easy as it comes, also consider the pass or come bets with a 1.41 percent edge or the don’t pass or don’t come bets with a house edge of just 1.36 percent. You can make these bets and wait for them to play out with no further action on your part, but some newcomers find these a little too complicated to follow to put on a simple bets list. 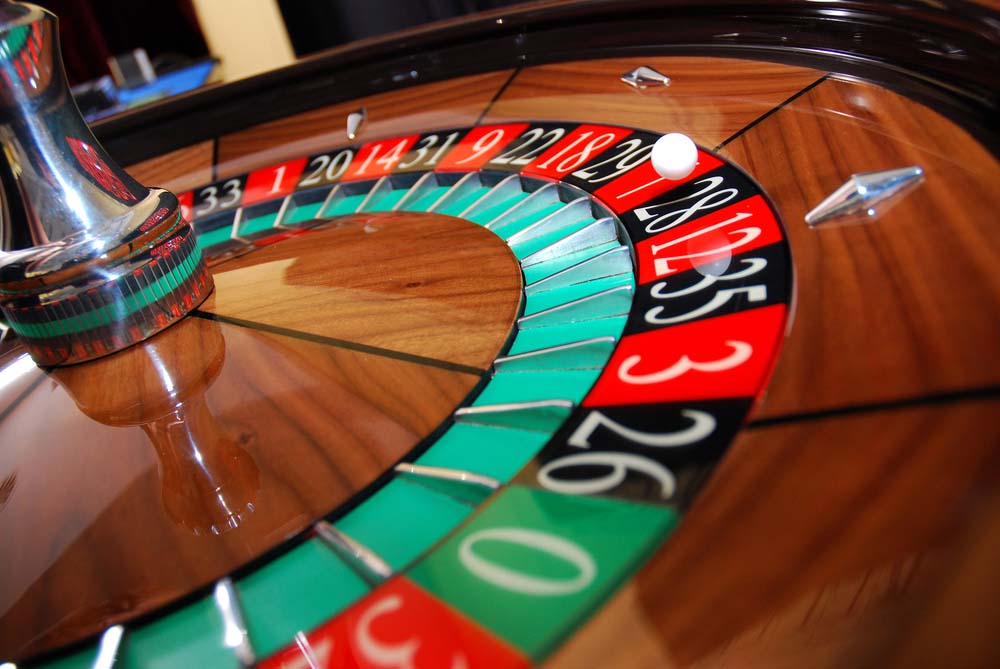 Single-Zero Roulette (or roulette with a “half-back” rule)

Single-Zero Roulette: Most American roulette wheels have both 0 and 00 and take a 5.26 percent edge on all bets except the five-number basket of 0, 00, 1, 2 and 3. On that bet, the edge soars to 7.89 percent. That comes nowhere near our low house edge list, however, if you find a single-zero wheel, the house edge is only 2.7 percent.

Payoffs on both are the same where a winning single-number bet pays 35-1 regardless of the number of zeroes, but there are 38 numbers including the zeroes on a double-zero wheel with true odds of winning a single-number bet of 37-1. On a single-zero wheel, there are 37 numbers with the true odds of 36-1. With only one zero, there is less of a gap between true odds and the payoff, leading to a lower house edge. Even a double-zero wheel, can be made more playable if the house takes only half your bet when a zero turns up. That’s common in Atlantic City, but unfortunately rare in the rest of the U.S., on even-money payoff bets such as red or black, even or odd, or 1-18 or 19-36. On a double-zero wheel with the half-back rule, the edge on those bets is reduced to 2.63 percent.

Three Card Poker: Three card poker is a game that may intimidate some players, but once you sit down and start playing, it is easy to learn and offers a house edge of less than 3 percent if played correctly. There are two parts to the game: an ante/play wager and Pair Plus wager. Pair Plus is the simpler of the two and you win any time your hand includes a pair or better. Unfortunately, the most common available pay table has a 7.28 percent house edge on the wager. However, if you are lucky enough to find a table that pays 40-1 on straight flushes, 30-for-1 on three of a kind, 6-1 on straights, 4-1 on flushes and even money on pairs, the house edge is only 2.32 percent. That would put Pair Plus firmly on the good and easy list, but that pay table is rare in today’s casinos.

The better option would be the ante/play option, with house edges of 3.37 percent of your ante and only 2.01 percent of your total action. In the ante/play option, you start with an ante, then after you’ve seen your cards, you may either fold or make an equal-sized bet as your ante. There is strategy involved, but it’s simple. Bet if you have Queen-6-4 or better, fold with lower-ranking hands. That doesn’t make this a no-strategy game, but as a low-strategy option, Three-Card Poker ante/play option makes the list.

Casino War: Remember playing War when you were a youngster? You’d get a card, the other kid would get a card, and the high card wins. Petty simple right? Well now you can cash in on your youth!

Casino War is simple. You get a card, the dealer gets a card, high card wins. You will find this game mostly in large casinos with a lot of table game space. In small casinos, where every different table game offered means crowding out a blackjack table, you’re not likely to see War. Blackjack’s popularity with players makes casino operators reluctant to give over space to a game with a smaller niche following.

In Casino War, the only complicating factor comes if your card and the dealer’s tie. I don’t know how you played as a kid, but when I played, the tie meant each player put a second card face down, then turned a third face up, with the higher third card winning the whole kit and caboodle. You kept fingers crossed that your opponents’ highest cards — especially the mighty Aces — would wind up in the middle of a War. It’s not like that in Casino War. Instead, when you and the dealer tie, you can surrender and forfeit half your bet. Or you can make a second bet equal to your first and take your chances on a second card for you and for the dealer. If you win, you’re paid on one bet and get the other back. If you lose, you lose both bets. That’s how the house gets its 2.9 percent edge in a six-deck game.

The strategy? In case of tie, always make the second bet and go to War. Surrendering your hand will give the house an extra eight-tenths of a percent. So your strategy is automatic, as good as having no decisions to make. It can’t get much easier than that. 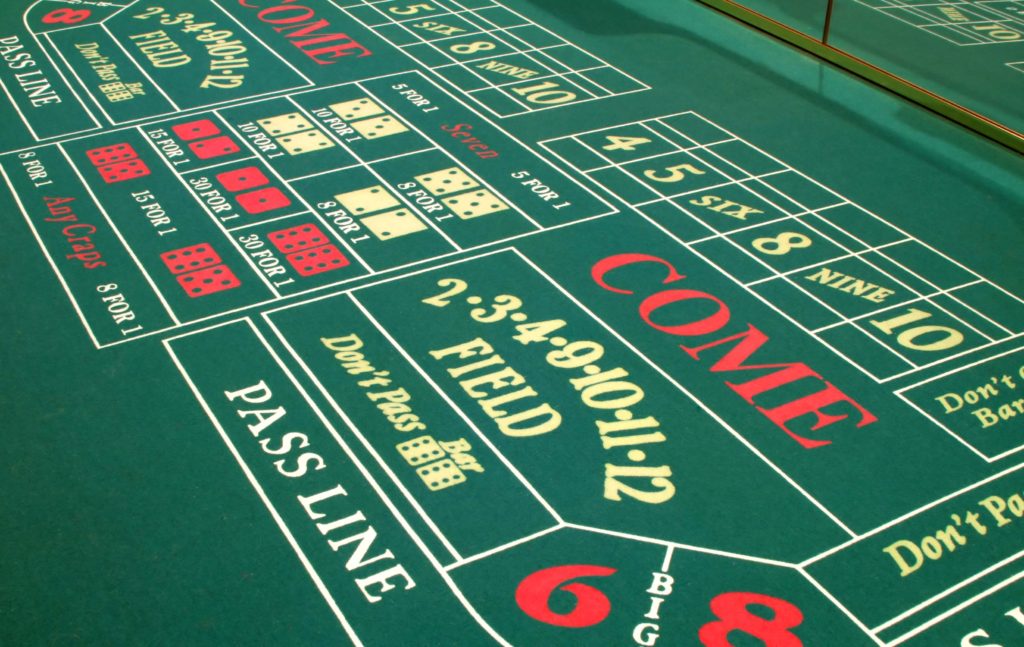