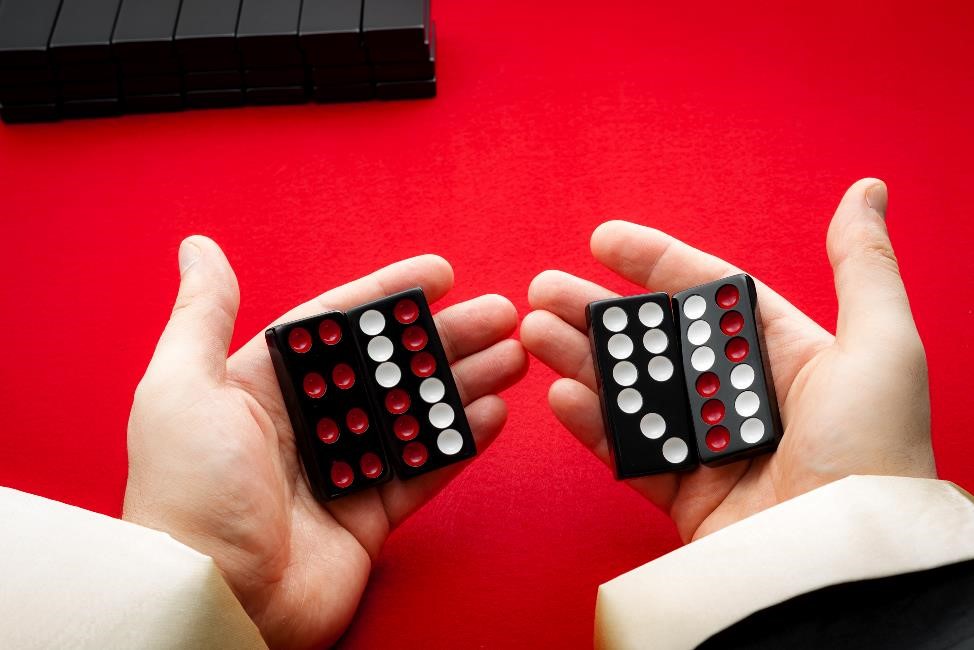 If you are looking for a new game to play in the casino that is easy to learn and can be very profitable, you should consider Pai Gow Poker. It is a combination of American poker and the Chinese domino game that shares its name. Similar to blackjack, it is a slow-paced table game with plenty of player interaction and dealer assistance. With a 5% house vig on your winnings, this game provides the player with a huge advantage which is why the house has to take a cut. The actual house advantage is 2.3 percent.The object of the game is to beat the dealer in two hands, a two-card hand (Low Hand) and a five-card (High hand). On a table similar to a blackjack table, up to six players are each dealt seven cards from a standard 52-card deck plus a single joker that can be used as any ace or to complete a straight or flush. All other hands rank the same as in American poker. With the roll of the dice or a randomly generated number at the table, determines who goes first and every seat is always dealt regardless if anyone is playing or not. Once the cards are dealt (facedown), players sort them into two hands, a five-card high hand and a two-card low hand. These are also referred to as the hand “in front” or “on top” and the hand “behind” or “on the bottom”, respectively. To set the cards, the high hand must rank higher than the low hand and is considered a foul to arrange cards so that the low hand ranks higher resulting in a forfeiture of the bet. Players must determine their highest hand of the seven cards then move it to the five-card hand.

To win his or her bet, a player must beat the dealer on both the high hand and the low hand and the dealer wins ties. Most hands in Pai Gow poker are pushes. As with blackjack, don’t be afraid to ask the dealer for help setting up your hand as they will always recommend the “House Way”. The dealer may not look at his or her hand until all players have set up theirs, so feel free to ask for help. Players also have the option of “co-banking” with the house. To deal, a player must have enough chips on the table to cover all the other players’ wagers if they were all to win their bets. Since the rules are in favor of the house or dealer, it is in the player’s interest to bank as often as possible.With fewer hands per hour, Pai Gow is a game for players who want to spend some time at a table. . If you’re looking for a highly exciting game that can pay off big at the casinos, Pai Gow may be the game for you.

1.  If a player has no pairs, straights or flushes,he can set the second- and third-highest cards in his two-card hand.

2. If a player has nothing but a single pair, he can set it in his five-card hand and put the two highest remaining cards in his two-card hand.

3. Two pair is the most common case where strategy isn’t obvious. A player can either play high pair behind and small pair in front, or else two pair behind and high cards in front. The smaller the high pair and higher the remaining cards, the more inclined he should be to play two pair behind. If his side cards are small or his larger pair is large, he should split the pairs. He should always split the pairs if his high pair is of aces, and should almost always split if his high pair is of kings or queens: they are high enough by themselves.

4. Three pair is a very good hand. A player should always play the highest pair in front with no exceptions.

5. If a player has three of a kind and nothing else, he should play three of a kind behind and the remaining high cards in front unless they are aces. He should always split three aces, playing a pair of aces behind and ace-high in front.

6. If a player can play a straight or a flush or both, he should play whichever straight-or-better five-card hand makes the best two-card hand.

7. With a full house, a player should generally play the three of a kind behind and the pair in front.

9 .With four of a kind, a player should play as if it were two pair, but should be slightly less inclined to split.

10. With three pair and a straight or flush (only possible with the joker), a player should play his hand as three pair (with aces in front).