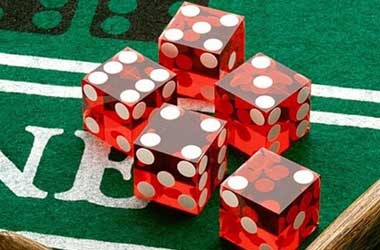 The rightside players are the norm, maybe 95 percent of the players. They bet with the shooter and want long rolls and many points and box numbers rolled. Rightsiders, as a rule, tend to dislike darksiders; some even seem to hate them as they think darksiders are happy to see the other players lose their bets.

Is it so? Are darksiders in league with the “don’t” playing devil; are they Satan’s pawns? Do they really hate the rightsiders as some rightsiders think they do?

I quoted several rightside players last issue and this issue I am handing it over to the darksiders to tell their side of this craps story.

KEENAN: I refuse to call myself a darksider as that makes it sound like somehow or other I am a bad person, you know like one of the witches in Salem who should be hanged. I play the “don’t” side of the game because it is the best option at the craps table. The house edge on a “don’t” pass player is slightly less than on the pass line player. That’s why I do it. I am looking for the strongest game against the house and playing the “don’t” is the strongest game. It’s that simple. Do I care that rightside players dislike me? I don’t give that any consideration whatsoever.

MALLORY: I know that regular [rightside] craps players have this thing about we darksiders. Sometimes they snort at me when I place my first bet or give me the evil eye as if they hate me. My attitude is this – screw them! I play my game; let them play their game. I can hear the cheers are louder when a shooter makes his point and I lose. They are like children; clumped together in a group with many of them whining when I win. They are little babies.

JOHN: I once had a player actually yell at me to “get off the table you f**king ba*tard!” I looked at him and just smiled. He was this old guy who seemed to complain about everything. If he wants someone to leave a table then he should be the one to go. Many of the rightside players think we are rooting for them to lose. I have nothing to do with their losing or winning, do I? The game is random and the results are random. I think some players can’t get that through their thick skulls.

MIKE: I think playing the darkside is playing the casino’s side of the game. I have been told this is not true but it feels true and I trust my feelings. You got to go with your gut, right? You tell me that some other players don’t like me, so what? I don’t cheer or anything because these other players are really superstitious about their craps strategies and who knows they might get so wound up they will start a fight. I won’t leave a table no matter what someone says to me; I’ll just call over the pit boss and have the angry person escorted away.

MANNY: I play the way I want to play. I have the right to bet my money the way I want to bet my money. When I played blackjack and some idiot told me what to do with my hand I would say, “It’s my money and I’ll bet it any way I want and I’ll play however I want. If you want me to play your way, then give me your money and I’ll play it any way you like. And we can split the winnings but you handle all the losses.” They would usually shut them up. The same holds true for betting the darkside “don’t” of the game. My money equals my right to do with it as I please.

LARRY: Let me lay this on the line. I do not like most rightside players. Rightside players are annoying. They think they own the game but they do not own anything except their own money. The craps table belongs to all players, not just them. I find myself irritated when they say things to me or give me dirty looks. Play your own game and keep me out of it. Good luck to you but I want to win and if you feel bad about that? Then too bad for you pal.

Okay, there you have it; some pertinent remarks from the game’s darkside players. It is interesting to see and, yes, I have seen this often subtle, often overt war between the two camps of craps players.

Next issue I will look at the truth behind both types of betting. Who is right in their assumptions and opinions? We’ll see what we’ll see.

Author Bio: Visit Frank Scoblete’s web site at www.frankscoblete.com. Frank’s latest books are Confessions of a Wayward Catholic!; I Am a Dice Controller and I Am a Card Counter. Available from Amazon.com, Kindle, Barnes and Noble, e-books and at bookstores.