Poker: Smart Play on the Flop 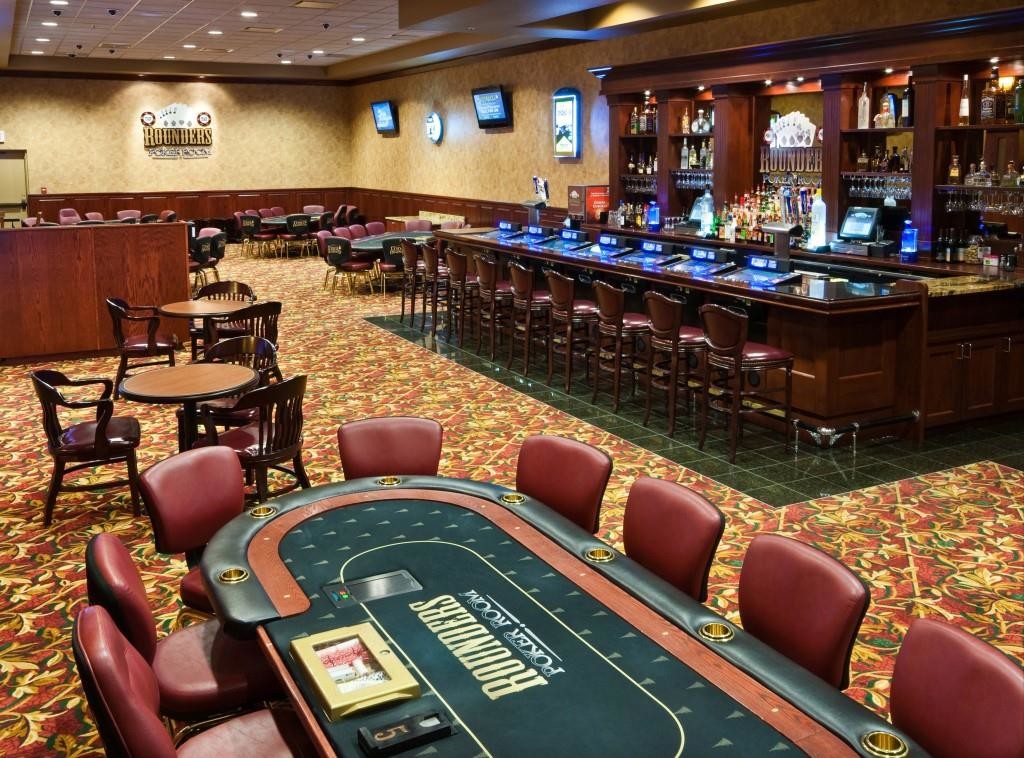 The Lodge at Deadwood Gaming Resort

Playing A-x Suited: Bad Flop
Suppose that a jackal has raised the flop, and you have called his raise with Ad- 5d, and then the big blind calls as well. If the flop comes down Js-Qh-3d and the big blind checks and the jackal bets, fold your hand. You have missed the flop (you don’t have either a pair, a straight draw, or a flush draw); you have only two bets in the pot at this point; and you were the caller before the flop, not the raiser. There is no warrant for getting further involved in this hand.

Suppose now that a jackal has called one bet before the flop, and you’ve raised it with your Ad-5d. Then the big blind and the jackal both call and the flop comes down Js-Qh-3d. If they both check to you on the flop, then go ahead and bet once on the flop. They may both fold at this point. If one of them does bet into you, just fold your hand. Other than taking one shot at the pot on the flop when you were the pre-flop raiser with A-x suited, what you really want to do when you miss the flop is fold your hand.

Playing A-x Suited: OK Flop
Suppose you’ve called an elephant’s early-position raise with Ac-6c on the button. The big blind calls the raise as well, and the flop comes down Jh-Jd-6h. Now the big blind bets out and the jackal raises. What do you do? Read, read, and re-read your opponents. If it were my hand and if I didn’t have a read on my opponents, I would re-raise (making it three bets) to find out where I am, especially given that the raiser was a jackal. Your opponents need to have an over pair or three jacks to have your two pair beaten at this point in the hand. They may have the three jacks, or they may have 6-7 or K-6 or a smaller pair or a flush draw. Raise it in this spot, unless you have a strong feeling that you’re beaten, in which case fold.

Now suppose you’ve called an elephant’s early-position raise with As-10s and then three other players call, including the big blind. The flop comes down Jd-10h-8c, and the big blind bets out and the elephant calls. What do you think, and what do you do? I wouldn’t raise, because I figure that there is an excellent chance that the big blind has me beaten, and with five players in the pot, what are the chances that I have the best hand? But calling and folding are reasonable options. I would lean toward calling, but with two other people behind you and the big blind leading out, I could also make a pretty reasonable case for folding your hand right there. What did the elephant, the original raiser, call the one bet with on this flop? It seems pretty likely that he has A-Q, A-K or K-Q, all of which would give him a straight draw. The reasons why I would lean toward calling a bet on the flop in this situation are these:

Playing A-x Suited: Strong Flops, Slow Play
When you hit a really strong flop for your A-x suited hand, you have to decide how to collect the maximum number of bets. Usually, you can win the maximum by jamming the pot (putting in as many bets and raises as you can) after the flop. But sometimes, in order to give the impressions that you’re weak, you need to slow-play your hand-put no bets or raises in on the flop. If you’ve just flopped a “monster” (a huge hand) and someone bets out into you on the flop, you might want to just call one bet in order to draw your other opponents into the pot. Why raise everyone out of the when you flop a big hand? If your table image is weak or wild, you can raise on the flop because no one thinks you have anything anyways. If your table image is strong or tight, you’re better off letting someone else bet your hand for you, even at the cost of missing some bets on the flop, in order to increase the chance that you can collect lots of bets on the last two rounds, when the limits are doubles. Let’s look at some more examples.