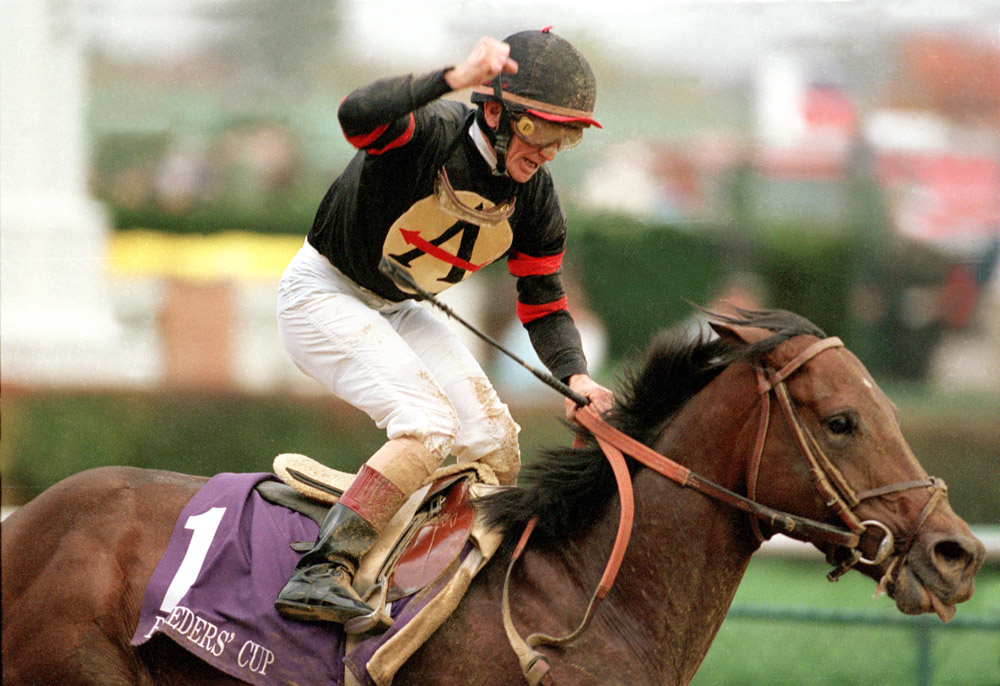 The inaugural Breeders’ Cup was 1984 when it was hosted at Hollywood Park. The day was created to serve as a way to determine what horses were the best in a variety of divisions. The first year consisted of $10 million of purse money spread over seven racing divisions including the Classic, Juvenile, Distaff, Turf, Mile, Fillies and the Sprint offering opportunity for virtually every style of racing pedigree around.

Just four years later, when the Cup came to Churchill, the concept was a staple among horseracing’s elite and was being embraced by the betting public as well. That fall day in Louisville was rainy and a cool fifty degrees and everyone was excited about the return of Alysheba, the 1987 Derby winner, who was slated to run in the Classic, the last race of the day.

He did not disappoint the fans as he was able to win the Classic in the dark by a half-length over the fast closing Shug McGaughey trained Seeking the Gold. While the stretch run by Alysheba was magnificent, the “Midnight Classic”, as it has been nicknamed, was not the most memorable race of the day. 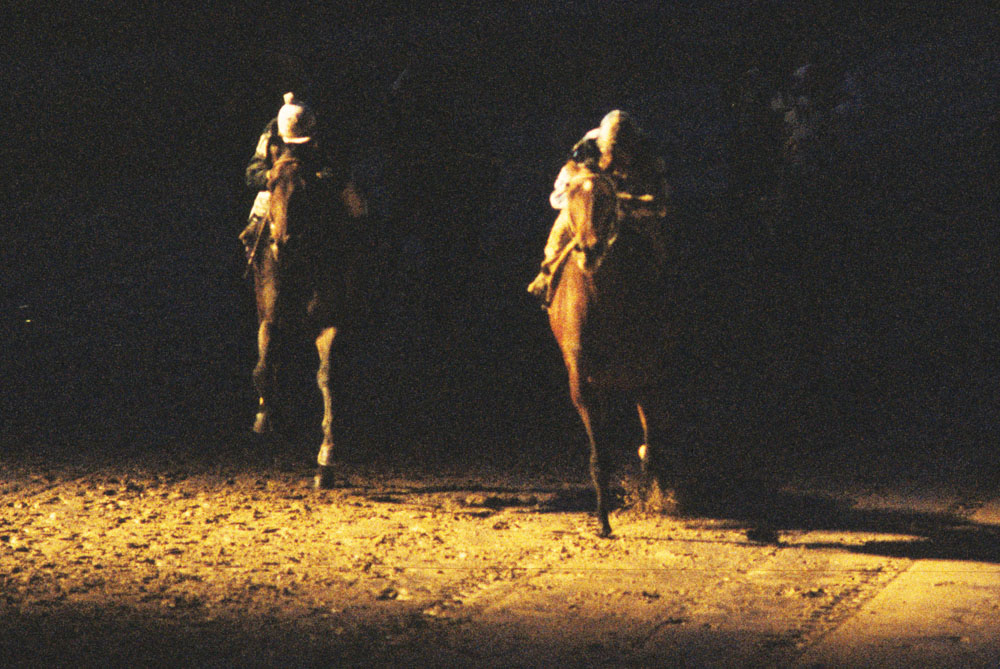 Alysheba with Chris McCarron up wins Breeders’ Cup Classic over Seeking the Gold at Churchill Downs…also known as ‘The Midnight Classic’.

Two races before Alysheba’s triumph, the undefeated filly, Personal Ensign, was set to take on the 1988 Kentucky Derby winner, Winning Colors, in the Distaff, the female equivalent of the Classic. It promised to be a great matchup on paper, but no one could have predicted what unfolded. As expected, Winning Colors, the unmistakable big gray filly, broke right out of the gate and took the lead just like in the Kentucky Derby. Meanwhile, Personal Ensign. retreated towards the back for around three-quarters of a mile before she started to make her move.

As they approached the top of the stretch, Winning Colors looked like she may actually run away with the race, but Personal Ensign was bearing down on her with every step. Inch by inch, the lead the Derby winner had built up began to shrink ever so slowly. The Churchill Downs crowd roared as both jockeys implored their horses to give them everything they had as they raced down the final furlong. However, for Winning Colors, it was simply not enough in the closing yards. When the two champions crossed the finish line, Personal Ensign stuck her nose in front and captured the Distaff for one of the most epic races in Breeders’ Cup history. No written word could do the race justice but for those who witnessed it, it was a moment they would not soon forget. Personal Ensign ended her career with a perfect record, the only major horse to accomplish that feat at the time.

On that rainy November day, the Breeders’ Cup delivered fans the ultimate race between the two previous Kentucky Derby winners in front of a record crowd of over 70,000. This would be the impetus to bring the Breeders’ Cup back to Churchill another four times in the next twelve years.

In the 1991 and 1994 renewals, there may not have been any major heart stopping moments as in 1988, but crowds of 66,204 and 71,671 filed through the turnstiles to watch some of the best horses in the world including Black Tie Affair, Arazi, Flanders and Timber Country. Arazi was a flashy winner of the Breeders’ Cup Juvenile and gave fans visions of a Derby winner but his 3-year-old career fizzled out the following the year.

In 1998 at Churchill, the record crowd of 80,452 saw one of the deepest fields in Classic history with previous Classic Winners Silver Charm, Skip Away and Touch Gold. However, it was Awesome Again, with legendary jockey Pat Day aboard, who crashed the party and beat out the popular 1997 Derby winner in the final strides. Silver Charm was the horse people wanted to see but Awesome Again was overshadowed as he wrapped up a perfect year, going 6-for-6.

Trainer Bob Baffert, who conditioned Silver Charm, also showed the world his future female star, Silverbulletday, who won the Juvenile Fillies over her stablemate Excellent Meeting by a half-length. She returned to Churchill Downs six months later and won the Kentucky Oaks and had a stellar career in which she won 15 of 23 races with earnings of just over $3 million.

In 2000, the Classic delivered another great field when big names such as Captain Steve, Derby winner Fusaichi Pegasus, Giant’s Causeway and Belmont winner Lemon Drop Kid. Tiznow battled for the early lead with Albert the Great and in a thrilling stretch duel, held off Giant’s Causeway by a neck under Hall of Fame rider Chris McCarron. Meanwhile Fusaichi Pegasus could not rekindle the Derby magic and finished a disappointing sixth as the 6-5 favorite.

Tiznow would go on to capture the Classic the following year at Belmont Park, the only horse in thirty five years to accomplish that task.

With the past success of the Churchill Downs hosting what is today the biggest day in horseracing, the event would come back another three times (2006, 2010 and 2011) and is slated to return in November for the eighth time (only Santa Anita has hosted it more).

Today, the number of races has also expanded from the original seven to fourteen, and the purse money has skyrocketed to over $20 million with the Classic taking center stage with a $6 million purse bringing the greatest horses, and even better wagering opportunities. No day(s) of racing offers more money making opportunities than the Breeders’ Cup. With the horses that ship in from around the world, inevitably the favorites have a harder time winning, making for some great pay days.

Among the Breeders’ Cup races at Churchill Downs, the race with the highest winning odds is the Breeders’ Cup Mile. The average odds for the winner are 18-1 which included the massive upset in 2011 when Court Vision paid $131.60 for the top spot. (The exacta in that race paid nearly $2,000!)

The second highest winning odds is a race that might surprise you – The Distaff. The average odds to win under the Twin Spires are 16.33-1 which was bolstered by Spain’s surprise victory in 2000 and paid her backers $113.80 to win.

Both Court Vision and Spain’s upsets still stand as the third and fourth largest surprises in history, behind only Arcangues 133-1 shocker in 1993 Classic. (The Churchill Downs stands were nearly silent when those upsets were pulled.) 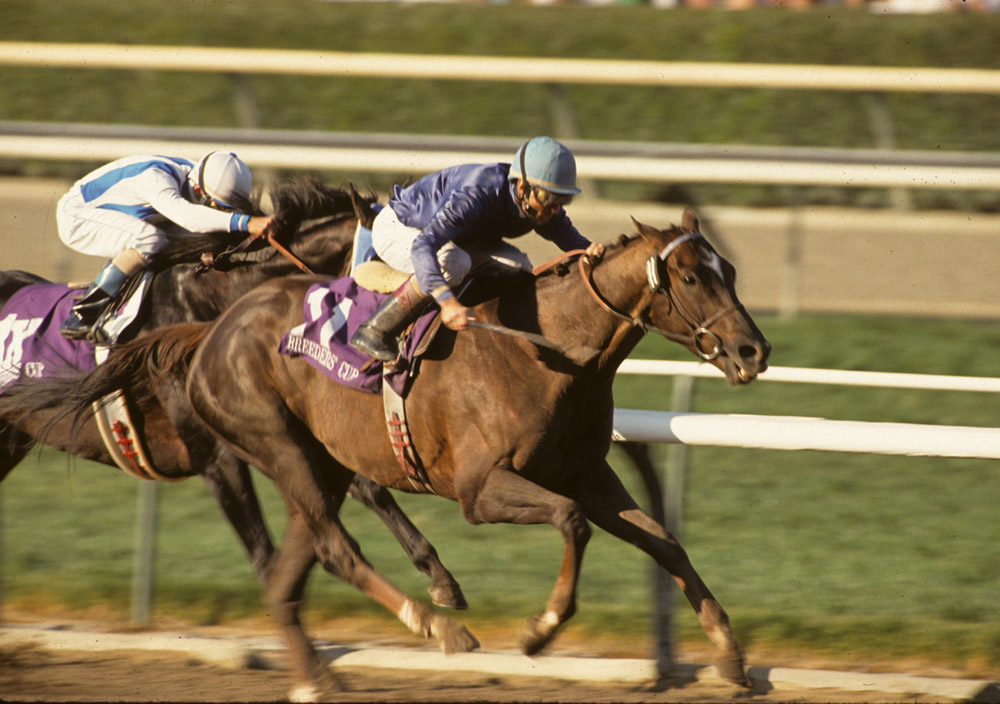 Arcangues with Jerry Bailey up wins the 1993 Breeders Cup Classic at 133-1 at Santa Anita Park.

At Churchill, the Classic has been more predictable than anyplace else. Overall, the Classic average winning odds are 12-1 but under the Twin Spires, it shrinks to 6.7-1.

Wagering on the Breeders’ Cup is very much like the NCAA Tournament. You know there are going to be huge upsets and the bettor just need to figure out which race it could happen. In the history of the Breeders’ Cup, favorites have won 31 percent of the time, which is close to the average race day. On the flip side, 39 horses have stated with odds of 100-1 or greater with just the one victory by Arcangues.

The stat that should make the value or longshot punter feel good about betting on the Breeders’ Cup is that just 44 percent of horses sent off at the Odds-On favorites (4-5 or less) have been victorious. In addition, the average field sizes for Breeders’ Cup races are traditionally large with nearly every race having ten or more betting interests, with the exception of the Distaff (9) and Juvenile Sprint (7).

Unfortunately, race fans will not get the chance to see this year’s Triple Crown Champion, Justify, return to this year’s Breeders’ Cup at Churchill Downs, but you can rest assured that there will be plenty of other great horses on display. And fourteen races on the Cup program, you know there will be some fantastic competition, and amazing betting opportunities. Good luck! 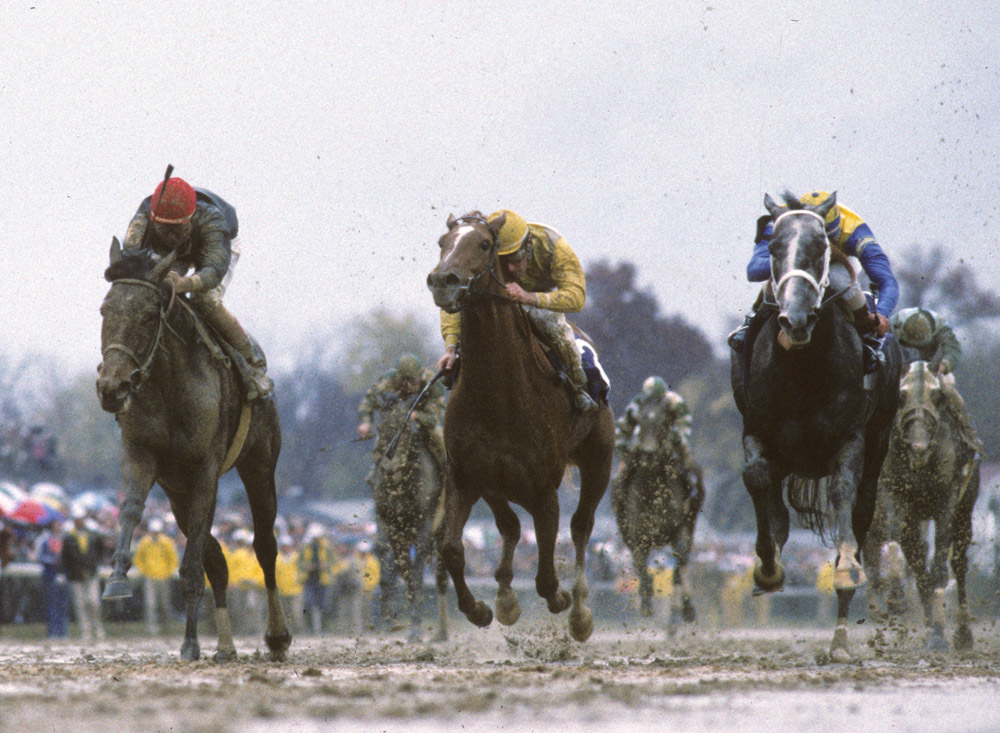 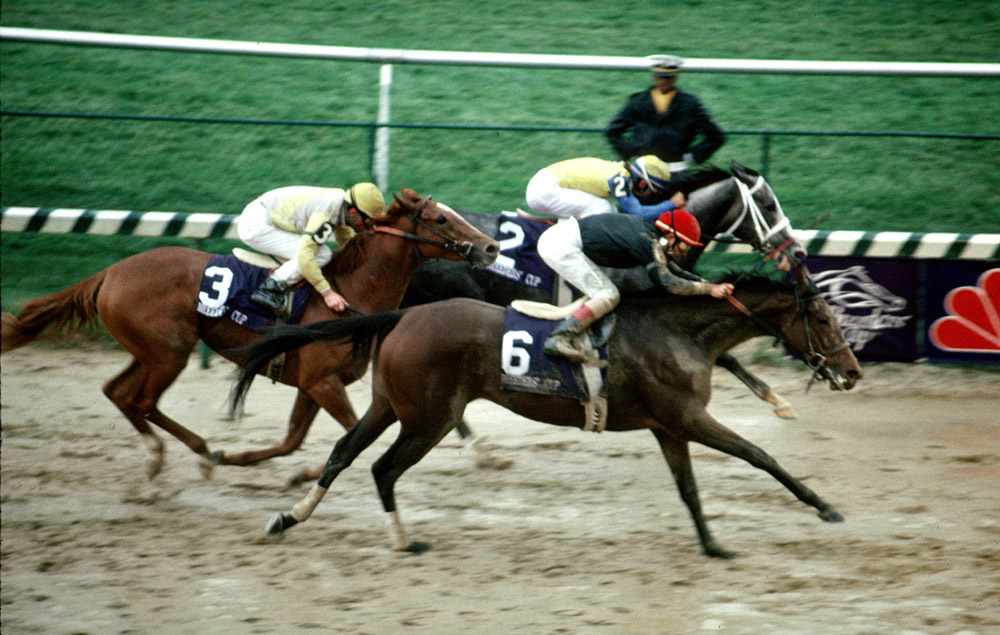