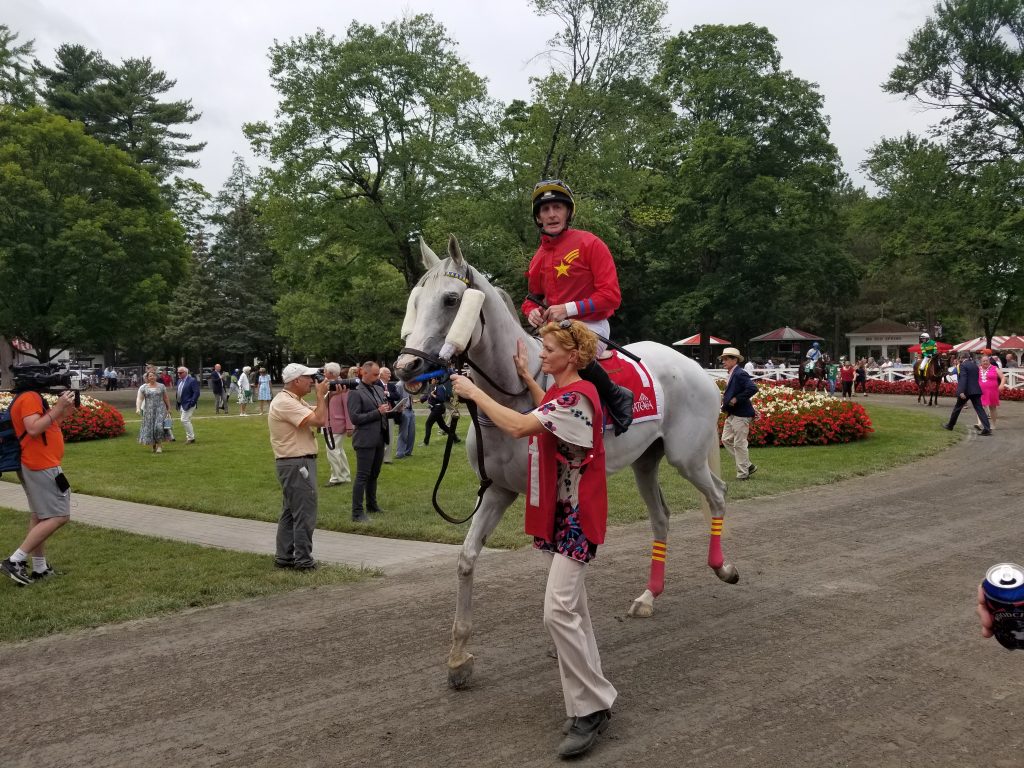 END_OF_DOCUMENT_TOKEN_TO_BE_REPLACED

A wise man once told me, “Many a great narrative is camouflaged on that occasion when it first rubs shoulders with the limelight”. Well, believe me when I tell you that this axiom certainly proved true inside the confines of Delaware Park Racetrack on October 4th, 2005. See, because even though the day’s 7th race (a one mile “Maiden Special Weight” turf affair) was captured in dazzling fashion by a 7-1 first time starter, no one in attendance could have possibly realized that the curtain had just gone up on one of thoroughbred horse racing’s most poignant tragedies. END_OF_DOCUMENT_TOKEN_TO_BE_REPLACED

(LOUISVILLE, Ky.) – Churchill Downs Racetrack announced that after consultation with Gov. Andy Beshear and state public health officials the 146th runnings of the Kentucky Derby Presented by Woodford Reserve and Longines Kentucky Oaks will occur with spectators under strict guidelines.

Kentucky Derby Week will be held Sept. 1-5 with the Oaks on Friday, Sept. 4 and the Derby on Saturday, Sept. 5.

“We truly appreciate the leadership of the Governor of Kentucky, Andy Beshear, and all of the hard work, collaboration and guidance that state and local officials and public health experts have provided us to safely and responsibly host Kentucky Derby Week in September with spectators,” said Churchill Downs Racetrack President Kevin Flanery. “Our team is deeply committed to holding the very best Kentucky Derby ever, and we will take all necessary steps to protect the health and safety of all who attend and participate in the Derby.”

END_OF_DOCUMENT_TOKEN_TO_BE_REPLACED

Horseracing: Take What They Are Giving

Maybe it’s just a sign of the times, but lately, most every horse player I converse with is dead set on procuring a life changing score. The advent, and hence marketing of, elaborate pari-mutual menus which promise acute financial solvency has no doubt led to this “shoot for the moon mentality” among punters yet while attempting to take down Santa Anita Race Course’s pick-6 is admirable, it’s also highly unlikely. On some days (maybe you can relate) I can’t select a single winner never mind six in a row and although keying multiple racers in each leg of a prolonged horizontal wager augments one’s margin for error, bankrolls become devastated when copious equine inclusion goes awry.