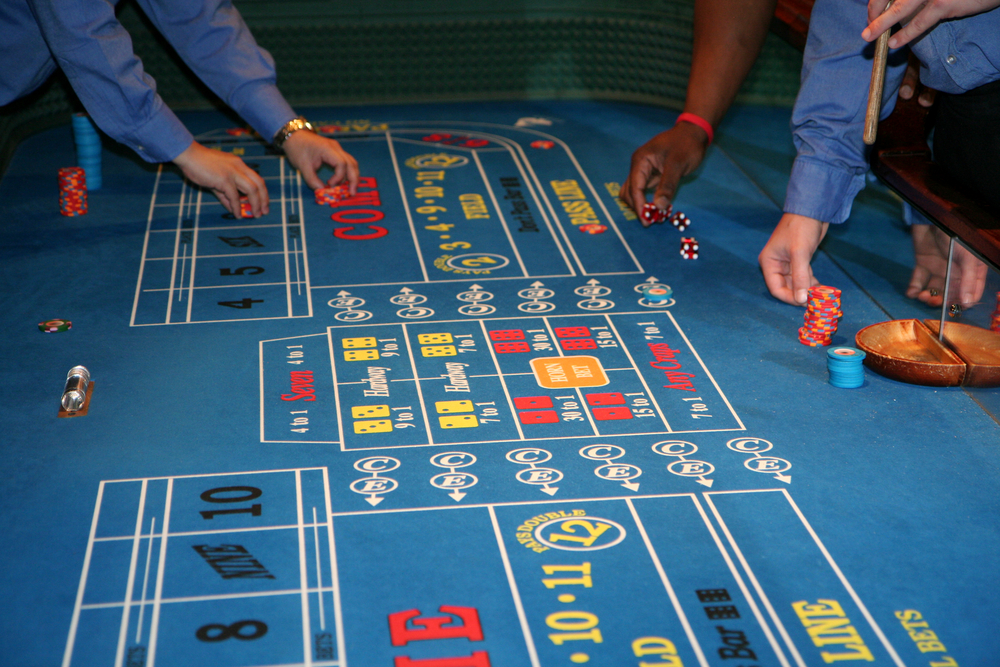 Craps is the most exciting game in the casinos. Craps players are an interesting and diverse lot too – from working-class men and women betting a small percentage of their incomes, all the way up to the economic elite of society betting tens of thousands of dollars on a single roll of the dice.

“Baby needs a new pair of shoes,” one says. Another says, “I need a new Lear jet!” It doesn’t matter what category you are in, the game holds fascination and thrills galore no matter your betting level.

Nowhere do you hear so many screams, cheers, moans, gasps and clapping as in this game. Still there are annoying things about the game – seven of them in fact, and you might want to call these the “seven deadly sins of craps.” Here they are! The quotes are from actual players who have brought these “seven sins” to the fore. They represent typical craps players who want to have their say about other craps players and dealers.

1. Players who throw their bets onto the table just as the shooter is about to throw the dice. This is a no-no and dealers should disqualify the bets. It is certainly bad manners as well. Can such an action affect the throw? No. “The game is random, but shooters enjoy thinking they have some control when they shoot and that the game is not random when they do so,” stated Wayne. “So don’t distract the shooter and everyone at the table by such bad manners.”

2. Players who cash in or color up when the shooter has the dice. This is the antecedent of number one above. Tommy articulated, “The rule is that if the shooter is about to throw and the dice are in his hand, then the other players must respect that moment and not interfere with it in any way.” Again this is considered bad manners. It annoys many players.

3. James said, “I hate when dealers crosstalk while the game is progressing. That shows a lot of disdain for the players. The dealers are there to make sure the game is played properly, not talk about other things.” And what is crosstalk? This happens when the dealers are having private conversations with each other and ignoring the players except to pay their winning bets or remove their losing bets. James continued, “Crosstalk lacks class and seems to be a way the dealers can put down the players. I tend to leave tables if the dealers do this a lot.”

4. “The players who dangle their hands over the layout when the shooter is about to throw the dice. I find this very annoying. Keep your hands to yourselves!” That was Felix’s biggest annoyance. Again it fits the class of in some way interfering with the shooter. It also seems to annoy plenty of players. Felix summed his view up, “How hard is it for a player to keep his hands away from the layout?”

5. Players who forget what bets they made and start a big argument about them with the dealers. Paul fired off this line, “I find if you can’t remember what you bet, then you should just shut up and stop embarrassing yourself and wasting everyone’s time. Play some other game where they can baby you. How can you not know what you just bet? Can you be that stupid? I also can’t stand it if players don’t know what a winning bet pays off. Again, how stupid can you be?”

6. Players giving advice about what bets to make. Janet said, “I do not want someone telling me what to bet, how to bet, when to bet and how much to bet. I want to play my own game. Worry about your own bets, not mine.”

7. Players who are always arguing with the dealers, the box person, the floor person, even the pit boss about “stuff that is stupid.” John voiced that complaint, “When a dealer makes a decision or the box handles a dispute, then that is it. The call was made and let the game continue.” It seems many players find themselves annoyed by other players who always seem annoyed at the folks who run the game.

I am sure that if you are a craps player you can add to this list; perhaps you can add a lot to this list. There are, of course, many superstitions when it comes to craps and maybe in a future article I will handle those. But for now, take heed of those “seven deadly sins” and do not commit them. You’ll help make the game more pleasant for all the other players.

Author Bio: Read Frank Scoblete’s books I Am a Card Counter: Inside the World of Advantage-Play Blackjack, I Am a Dice Controller: Inside the World of Advantage-Play Craps and Confessions of a Wayward Catholic! All available from Amazon.com, on Kindle and electronic media, at Barnes and Noble, and at bookstores. Visit Frank’s web site at www.frankscoblete.com.