Additional acts include The Head and the Heart, Young the Giant, The Decemberists, Tanya Tucker, Trampled By Turtles, Colter Wall, Whiskey Meyers, and more. More than 30 artists will perform across three stages during the two-day festival.

Pics from the 2019 Railbird Festival 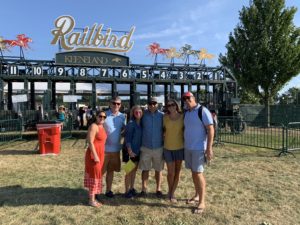 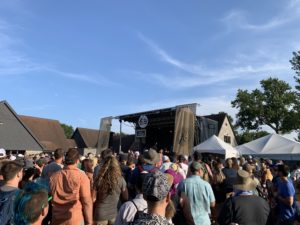 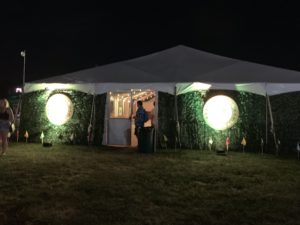 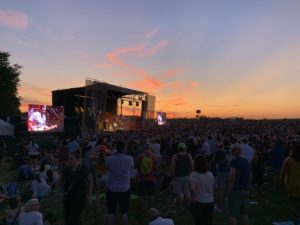 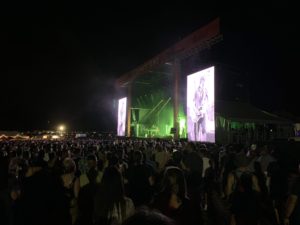 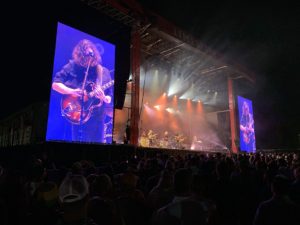 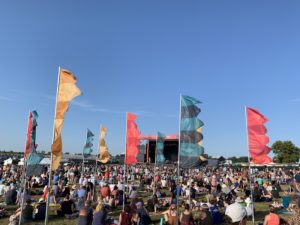 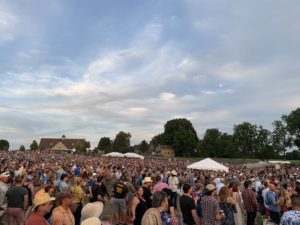 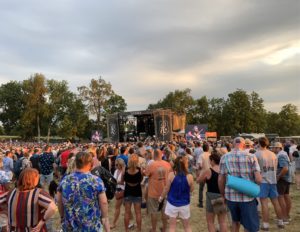 General Admission (GA) and VIP weekend passes will be available to the public beginning Friday, February 21 at 10 a.m. ET via RailbirdFest.com, with a limited quantity starting at only $135. For the first time, Railbird will also offer a limited number of General Admission student weekend passes for $115 while supplies last. Affordable layaway plans are also available, with payment options starting at only $20 down. 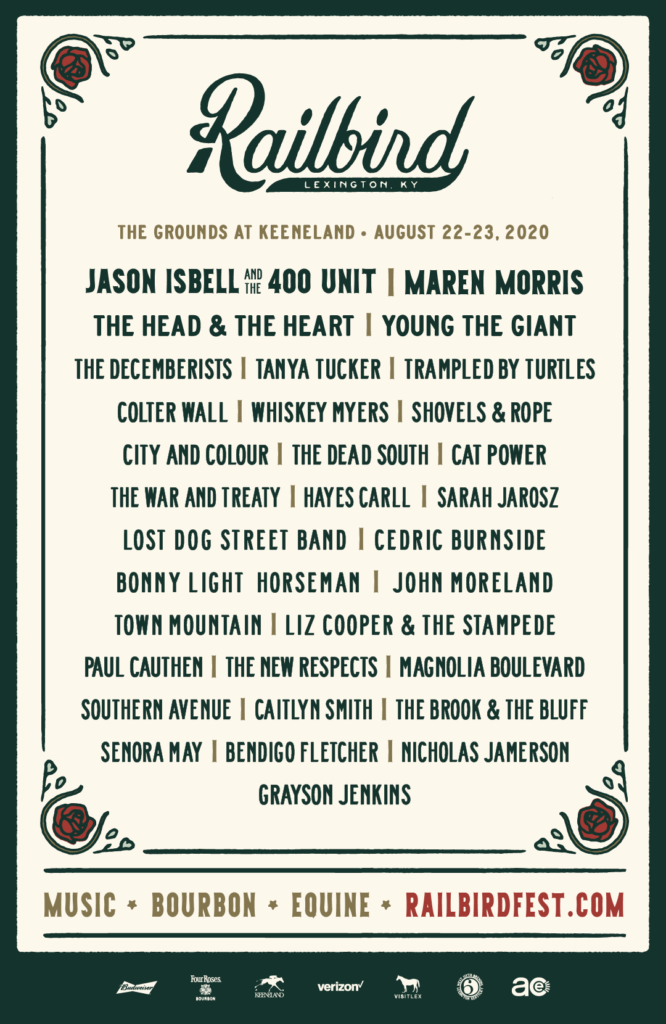 Those wishing to elevate their Railbird experience can purchase a VIP weekend pass with enhanced amenities for 2020. VIP patrons will have access to all GA amenities, as well as exclusive Limestone and Elkhorn Stage lounges with air-conditioning, a VIP Village with complimentary hors d’oeuvres and spa services by the Drybar, private bars with exclusive VIP pricing, luxury restrooms, fast-track entrances to the festival, free on-site parking for the weekend, commemorative Railbird merchandise and more.

Rolling Stone reported that the inaugural festival, “shook the senses of the listener.” Railbird 2020 will once again celebrate the culture and traditions of the Bluegrass State at the historic Keeneland Racecourse. A Kentucky experience through and through, Railbird will be woven into the course grounds to create an unforgettable and immersive weekend, centered around music, Bourbon and equine culture.

Railbird just wouldn’t be a Kentucky festival without Bourbon. The Rickhouse will be home to a highly curated Bourbon experience, with hand-selected barrels from Kentucky’s finest distilleries and immersive whiskey experiences. Bourbon Barrel selections will be chosen in collaboration with co-owners Justin Sloan and Justin Thompson of Lexington’s treasured Justins’ House of Bourbon, a well-known stomping grounds for Bourbon beginners, lovers and collectors.

All festival goers will enjoy wagering, lounging and a taste of horse culture at the Lucky Day Plaza. Fans can get in on the action and wager on off-track betting, with coast-to-coast simulcast from DelMar to Saratoga on the festival grounds. Keeneland’s own BETologists will be on-site with tips for winning big.

This festival is an all-ages event, complete with a Fillies and Colts family area with arts and crafts, a kid-friendly stage, and much more.

AC Entertainment is producing Railbird in partnership with Lexington entrepreneur David Helmers. AC Entertainment is internationally recognized as an innovative leader in creating, producing, booking and marketing first-class live entertainment experiences – from festivals and concerts to all types of special events. As producers of the Bonnaroo Music and Arts Festival, Forecastle Festival, High Water Festival, Moon River Music Festival, and Big Ears Festival, and through the 1,000+ concerts presented nationally each year, AC takes special pride in those unforgettable, spine-tingling moments that everyone remembers long after the lights have come up. For more information on AC Entertainment, visit ACEntertainment.com.

For more than 80 years, the Keeneland Association has devoted itself to the health and vibrancy of the Thoroughbred industry. The world’s largest Thoroughbred auction house, Keeneland conducts four sales a year, in January, April, September and November, and its sales graduates dominate racing across the globe at every level. In April and October, Keeneland offers some of the highest caliber and richest Thoroughbred racing in the world. Keeneland hosted the Breeders’ Cup World Championships in 2015 and will hold the event again in 2020. Uniquely structured, Keeneland is a private, for-profit corporation that returns its earnings to the industry and the community in the form of higher purses and millions of dollars donated in support of horse industry initiatives and charitable contributions for education, research and health and human services throughout Central Kentucky. To learn more, visit Keeneland.com.