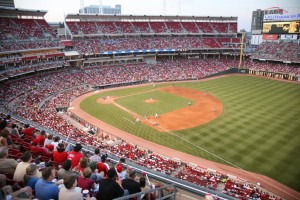 Poor Pete Rose. For awhile, it looked as though 2015 might be the year when finallyâ??FINALLYâ??MLB Commissioner Rob Manfred would pardon the equal parts famous and infamous Cincinnati Red and restore him in the good graces of the League and clear a path to the Hall of Fame.
But weeks of waiting for a decision turned to months, and at least at the time of this writing, when the aroma of Thanksgiving feasts are heralding the advent of Advent and the beginning of the end of the yearâ??no smoke has come from Manfredâ??s chimney to clue the world in on his thinking.
Thatâ??s the thing about sports. Where there is opportunity for heroics, there is temptation for cutting the corner, noodling the numbers, doing the dope. And while fans will tsk-tsk about the players and teams who make the mess, that doesnâ??t mean they donâ??t enjoy reading about them. So while we continue to stand-by for word on Mr. Rose, here is a deeper look at his troubles and recaps of more of sporting morasses.

1989 Pete Rose and Bart Giamatti
At this point, not even Pete himself disputes the basic charge: Pete Rose violated Major League Baseballâ??s biggest tabooâ??he gambled on the outcome of a baseball game. Even worse, he gambled on games he was managing and therefore could directly influence the outcome. In 1989, then-MLB Commissioner Bart Giamatti placed Rose on the permanently ineligible list.
Roseâ??s supporters point out that he never bet against his own team, and therefore was never negatively influencing the outcome of a game, and that this means the integrity of the games was maintained. Some supporters go so far as the claim that by putting his own money on the line, he had even more incentive to win, thus ensuring the fairness of the game. Critics, however, point out that the minute Rose bet on the game, he was clouding his judgment and was no longer able to manage a game objectively; he would be more likely to jeopardize a future dayâ??s game for todayâ??s outcome. He might be more willing to bring in a reliever to get a win in a wagered game, and thus leave that player unavailable for tomorrowâ??s game.
Regardless of whether Rose changed his managerial strategy in games he was betting on, since the Black Sox scandal, MLB has been zealous about maintaining the appearance (and actuality) of propriety. The mere hint that anyone involved in the game, especially a player or manager who could affect the outcome, was involved in gambling on the sport is not tolerated.
Rose has admitted to the gambling, and it became known later that he also wagered at least 21 times on games as a player.
Physicist Niels Bohr once said that the opposite of a trivial truth is plainly false, but the opposite of a great truth is also true. In the case of Pete Rose, it is a Great Truth that as a player, he is indisputably one of the all-time greats, and judged solely on that criteria, he belongs in the Hall of Fame. The opposite of that Great Truth, however, is that Baseballâ??s greatest taboo must be punished accordingly, and no matter how great a player Rose was, by knowingly breaking that rule, he must abide by the punishment. Roseâ??s supporters appear more vocal than his detractors, but both sides are convinced of their Truth.
It remains to be seen what, if anything, Rob Manfred will say or do with regard to Roseâ??s lifetime ban. Rose seems resigned to whatever happens. As he stated on a recent FOX Sports broadcast, â??Iâ??ll die the Hit King.â? In his heart, Rose knows he belongs in the Hall of Fame; whatever Manfred decides, Rose knows his place in the record books is a testament to his legacy as one of the gameâ??s greatest players.

1919 Chicago Black Sox Scandal
The grandfather of all sports scandals, the Black Sox scandal has been the subject of books, films and many other pop culture references. The basics are well known: A group of eight Chicago White Sox players, unhappy with tight-fisted owner Charles Comiskey, reportedly took money from gangster Joseph Sullivan in exchange for losing the World Series. The White Sox were strongly favored to win, but when gamblers began wagering heavily on the Cincinnati Reds, rumors began to spread that the series may have been tainted. When the Sox lost the Series, many suspicions were confirmed, and in September of 1920, a grand jury was convened to investigate.

Ultimately, all parties involved were cleared of any legal wrongdoing, but the damage to the national pastime had been done. In 1921, MLB owners created the position of Commissioner of Baseball, and the first person to fill that role, Kenesaw Mountain Landis, used his virtually unlimited powers to place all eight accused players on the â??ineligible list,â? effectively permanently banning them from any involvement in professional baseball. In the years since, many have argued that some of the players banned by Landis didnâ??t deserve their fate, and had in fact played to the best of their abilities. Regardless, the 1919 White Sox will forever be defined by the scandal, and the severity of that incident colors the way MLB punishes transgressors, including Rose, to this day.

2007 NBA Referee Scandal
Having inside information on playersâ?? personal lives, such as their physical condition, personal relationships, etc., has always been a tool in the unscrupulous gamblerâ??s bag of tricks. For such a person, knowing that a star player is having girlfriend trouble, battling a substance abuse issue, or fighting some other personal demon is like having money in the bank. By betting against that playerâ??s team, the shady gambler is capitalizing on information not available to the general public.
In 2007, NBA referee Tim Donaghy was revealed to be the source of precisely this sort of information. In his on-court role as referee, Donaghy was privy to a great deal of personal information, and he used it not only to make bets on his own, but was also paid by bookies to reveal what he knew. The whole situation unraveled when the New York Post got wind of the setup, and when the dust had settled, Donaghy found himself out of a job and sentenced to 15 months in prison, with another three years of probation tacked on for good luck. The NBA has made several changes to its officiating system to reduce the likelihood of future occurrences of this sort.

1977 Lebon-Cinzano Thoroughbred Fraud
While not as well known as other sports betting scandals, this particular betting scandal is ingenious, as some of the principals involved werenâ??t able to incriminate themselves, since they couldnâ??t speak. In 1977, racing veterinarian Mark Gerard was discovered to have switched two horses: Lebon, a slow horse that had seen better days, was replaced by Cinzano, a speedy horse who was a close physical match. Fraudulent paperwork claimed that Cinzano met an untimely end due to a broken ankle, but in fact, Lebon rested in Cinzanoâ??s place, and the fleet of foot Cinzano raced to a 57-1 longshot victory at Belmont. Dr. Gerard, who had placed $1,800 in bets on the doppelganger, was elated to win almost $80,000.

Alas, his happiness was short-lived. A keen-eyed newspaper editor in Uruguay recognized a photo of Cinzano, and called New York detectives with his suspicions. In short order, Dr. Gerardâ??s role in the fraud was uncovered, and the veterinarian was sentenced to a year in jail and a $1,000 fine. While the rest of his career was exemplary, in this case, greed got the best of him, and his name will forever be associated with the scandal.

2011 Sumo Wrestling Match Fixing Scandal
In 2011, news broke that several Japanese sumo wrestlers had conspired to fix the outcome of their matches. While US readers may find sumo wrestling unusual and amusing, it is considered to be Japanâ??s national sport, and allegations of wrongdoing were taken very seriously. Investigations revealed that several wrestlers had been communicating prior to matches to discuss how the fights would proceed, and how much money would be involved.

The match-fixing scandal closely followed another sumo-related scandal from the previous year, where up to 40 wrestlers were discovered to have been betting on baseball, which is illegal in Japan. Whenever athletes are discovered to have been involved in betting with underworld figures, as was alleged in the sumo-baseball scandal, the main fear of the sportsâ?? officials is that the same athletes will be tempted to throw a game to pay back their partners, as was the case in the 1919 Black Sox scandal. Four years later, sumo wrestling is still struggling to overcome the scandal. Fewer new wrestlers are entering the ring, and the future of the sport itself is being questioned.

2015 FIFA World Cup Scandal
Although not technically a betting scandal, in this instance, the stakes were undoubtedly higher than in any of the other incidents discussed in this article. In 2015, 18 individuals and two corporations were indicted for a variety of crimes including bribery, fraud and money-laundering for attempting to influence the site selection process and sponsorship contracts for the 2010 FIFA World Cup.

Soccer has been gaining in popularity in the U.S. for the past few years, but the passion for it in other countries is hard to overstate. Hosting the FIFA World Cup is a huge boon to a countryâ??s economy, and itâ??s understandable that some would use any means necessary to sway the decision-making process. In the case of the 2010 FIFA World Cup, it is alleged that almost $150 million was spent in bribes, and the allegations have tarnished the names of some of the highest echelons of the sport. As of September 2015, the investigation has also begun to look at the 2014 FIFA World Cup, and has led to the suspension of several FIFA officials, including FIFA President Joseph â??Seppâ? Blatter.

1963 Alex Karras and the NFL
Modern day athletes are paid sums that make normal mortal heads spin, but this wasnâ??t always the case. Prior to the Curt Flood decision that created free agency in baseball and opened the doors for todayâ??s multi-millionaire athletes, most professional athletes were not well paid. In fact, it wasnâ??t uncommon to find professional athletes working at normal jobs in the off-season.
Of course, one of the dangers inherent in underpaying athletes is the temptation to supplement that income in undesirable ways. In 1963, Detroit Lions linebacker Alex Karras decided to become part-owner of a local sports bar, Lindell A.C., to supplement his $9,000 annual football salary. Unfortunately, some of Lindellâ??s patrons included a number of well-known Detroit gamblers, and Karras was soon given an ultimatum by the NFL either to sell his interest in the bar or face expulsion. Initially, Karras refused to sell and was suspended by the NFL for reasons that also included allegedly making small wagers on NFL games. Eventually, however, Karras relented, sold his share in the bar, and was reinstated in 1964. Karras continued playing in the NFL until 1972, and then began a long acting career, but he always remained resentful of his treatment by the NFL.