Table Game Tutorial: Back to the Basics

While most casino aficionados know the in’s and out’s of most games on the floor, sometimes it is good to go back to the basics and polish up on fundamentals to sharpen your game. In this article we are excited to take a look at the basics of blackjack, craps, baccarat, roulette and Let it Ride.

We hope these basic tips will get you to a profitable session on your next casino getaway! 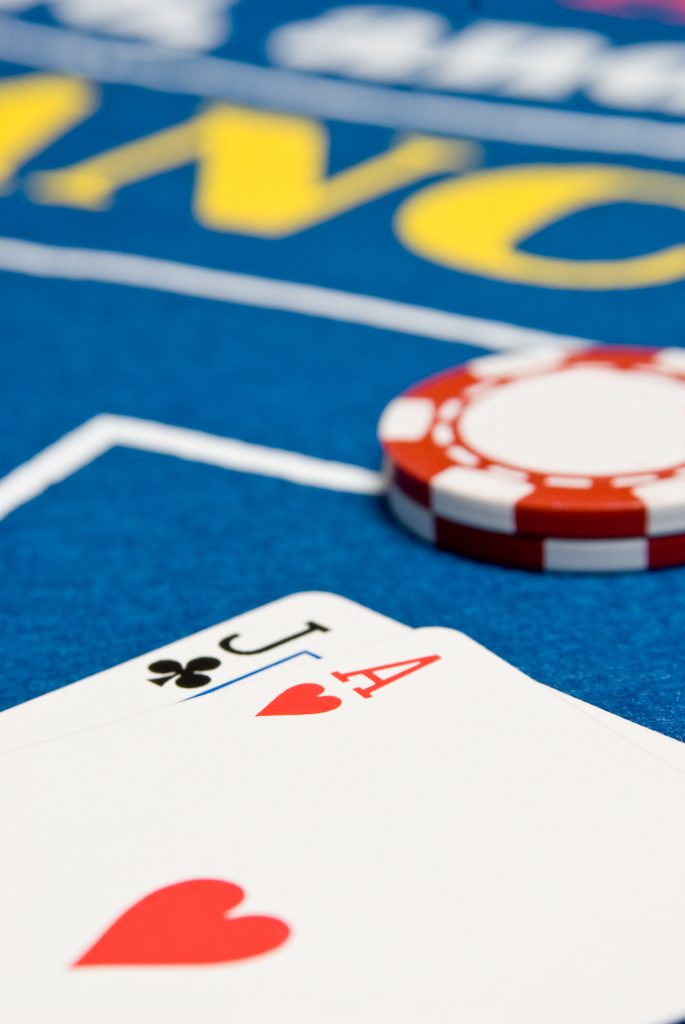 Blackjack is the most popular game in any casino. The extremely low house edge and the simplicity of the games are two reasons why it is popular with the highest of high rollers in Las Vegas to the first time gambler visiting a riverboat casino. It is played with a standard fifty-two card deck but can be played with multiple decks. The goal of the game is to not go over ‘21’ (referred to as a bust) but to get as close to it as possible, closer than the dealer. Although, if you and the dealer bust, you still lose.

There are rules that allow players to adjust their game that are not allowed by the dealers. Players can double down, split pairs and stand or hit at any time. By doubling down, you can double your bet if you think your hand has a better chance of beating the dealer’s hand. Doubling down doesn’t increase your chance of winning but it does increase your chance of winning more when the odds are in your favor. You can split pairs if you have two cards of the same numerical value (two 8’s, two face cards, etc.) essentially increasing your chance to beat the dealer as you are playing with two hands, but you also have to place an equal bet on your second hand. By learning basic strategy, you can bring the house edge down to 0.5 percent. 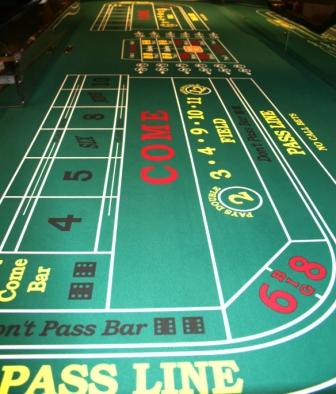 If you are in the mood for a fast-paced game, look no further than the craps table. If you have ever heard loud cheering or moaning in a casino, you were probably near a craps table. The game consists of players wagering on the outcome of the roll of two die. The “Come-out roll” is the shooters first roll. If it is a 7 or an 11 (called a natural), everyone with a bet on the “Pass Line” wins. On the other hand, if the shooter throws a 2, 3 or 12 (craps), they lose, and the next player takes a throw. Any other number that comes up becomes the shooters point and he will throw the die until the dreaded seven comes up and everyone loses their bet except for those who bet “Don’t Pass”. While the shooter is rolling for his point, bets are made on several different outcomes from the straight up on the numbers four through ten, “Hard Ways” in which the outcome equals two even number. (Ie. Hard Eight is two fours, Hard Ten is two fives, etc…) and many more.

You are basically betting on the outcome of the shooter’s throw. The most popular bets, and some of the best in the entire casino, are “Pass” or “Don’t pass” bets. On a Pass Line bet you are betting that the shooter will hit his point, while on the Don’t Pass bet you are betting the shooter to seven-out. Come and don’t come bets work virtually the same way, the only difference being they are second chance bets. There is also the Odds Bet in which you are betting the point number being rolled before the seven hits or betting straight up on a number to hit before the seven. You can make odds bets on any number , pass line and don’t pass wager but not until after you the point has been established. The true odds are 2-1 for a four or ten and pays $9 for a $5 bet, 3 -2 for a five or nine and pays $7 for a $5 bet, and 6-5 for a six or eight in which you can expect a payoff of $7 on a $6 bet. On a place bet, you are betting on a particular point number to be rolled that doesn’t necessarily have to be the shooters point number. Proposition bets are one-roll bets that count on the next roll of the dice to come up a certain way. Proposition bets are widely known as one of the worst bets you can make at a craps table, the high payoff doesn’t equal up to the high house advantage with one of the only upsides to the bet is that you can often bet less than the table minimum. One last note, saying the word “seven” at the table is frowned upon as it is said to “make” the dreaded number appear. 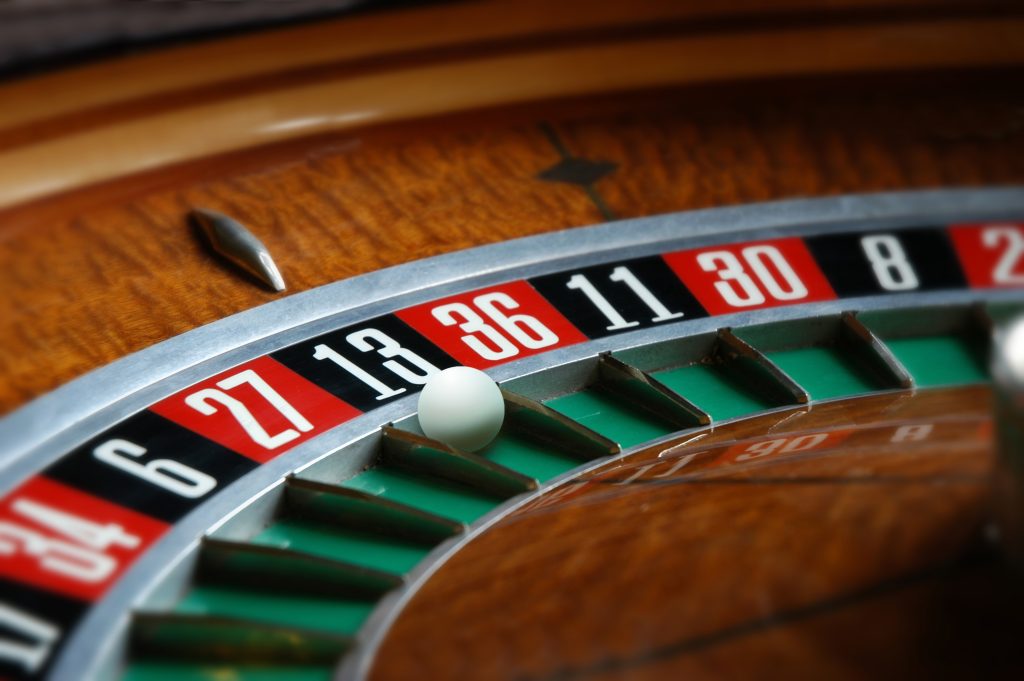 If you find that craps is too fast paced for your liking, make sure to take a visit to the roulette table where you will find a very simple, slow-paced game where you are simply betting on what number a ball lands on after spinning around a wheel. There are also inside bets, in which you bet on numbers 0-36 either straight up on a single number, two numbers side by side or four numbers all next to each other, and outside bets, in which different scenarios such as red or black, even or odd numbers, numbers 1-18 or 19-36. You can also bet on groups of twelve numbers for one wager on 1-12, 13-24 or 25-36 as well as a column bet where you are betting on a certain column of numbers (also twelve numbers) to come up.

While hitting an inside bet is much more difficult, the payoff is much better. A straight bet (betting one number alone) pays 35 to 1, a Split (two number bet) pays 17 to 1 and a six-number bet offers a 5 to 1 payoff. There are payoffs for everything in between from five number bets to low or high numbers. On an outside bet, the odds are more in your favor, but the payoff is low. Red or black, even or odd and high or low bets offer eighteen outcomes each but only pay even money while the dozen bet or a column bet offer twelve number outcomes and pay 2 to 1. While your bet is based on your discretion, just keep an eye out for the five-number bet where the house edge is at its highest at over 7.29 percent. Baccarat is known to many to be one of the most elegant or prestigious games in a casino but is also extremely simple and great odds for the player. The object of the game is for the players to bet on either the player’s hand (pays even money) or the Banker (dealer) hand to hit or come closer to ‘9’ and pays even money less a five percent house vig. So, if you bet $20 on the banker hand, you would actually only win $19. The player can also bet on the two hands to tie which pays usually either eight or nine to one depending on the casino. When two cards total a number higher than nine, take off ten for the new number.  For example, a total of eighteen would become eight.

The usual minimum bet is $20 per hand but casinos typically offer the games younger brother “mini-baccarat” for those who aren’t looking to risk quite as much. Same game, smaller bets and typically fewer players

The game involves very little strategy other than tracking trends of the outcomes and leaves the player to bet and then let the dealer do the rest. While one would think that since there is no basic strategy and the player does very little, the game would have very even tendencies, especially since the house edge is quite low at just over 1 percent on either hand, with the bank hand a little higher due to a five percent commission charged on winning bank-hand wagers (to keep the house edge.) 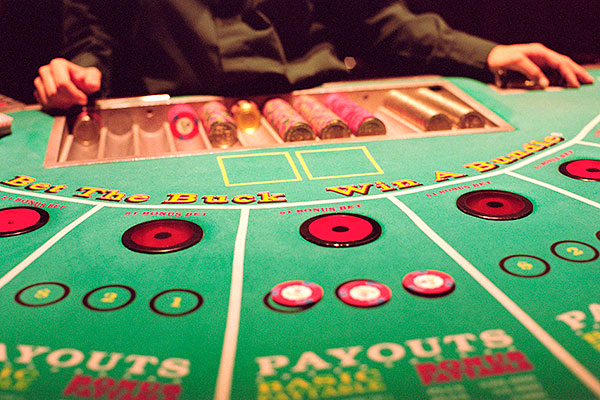 Let It Ride is a poker game where the player is simply trying to get a good poker hand, not play against the other players at the table. The game is played with one standard fifty-two card deck and is started after players make three equal wagers in betting circles on the felt prior to the deal. Each player received three card and the dealer places two community cards face down in front of them. After seeing their hand, prior to seeing either community card, the players can either take back their first bet or “let it ride.” After decisions are made, the first community card is flipped face up and each player can decide on whether to pull their second wager or “let it ride.” Then the dealer flips up the second community card and the players earn their winnings according to a payout ranging from 1,000 to 1 for a Royal flush all the way down to 1 to 1 for a pair of tens or better. The third and final wager always stays and cannot be pulled back.

While the hand you draw is based on luck, the key to winning at Let It Ride is the same way to winning at a regular game of poker: You have to know a good hand when you see one. If you play all of your hands and go for a lot of high odds hands, you are probably not going to win much. You have to know when to pull your wagers and cut your losses on the remaining wager. You are allowed to remove your second wager regardless of whether or not you left your first wager or of what a “know-it-all” player next to you may say.

We hope this tutorial was helpful for your next casino visit. With some of the basics out of the way, here are some of the best and worst bets you will find at the tables…good luck!

Five of the best bets to make at a table game

Five of the worst bets to make at a table game