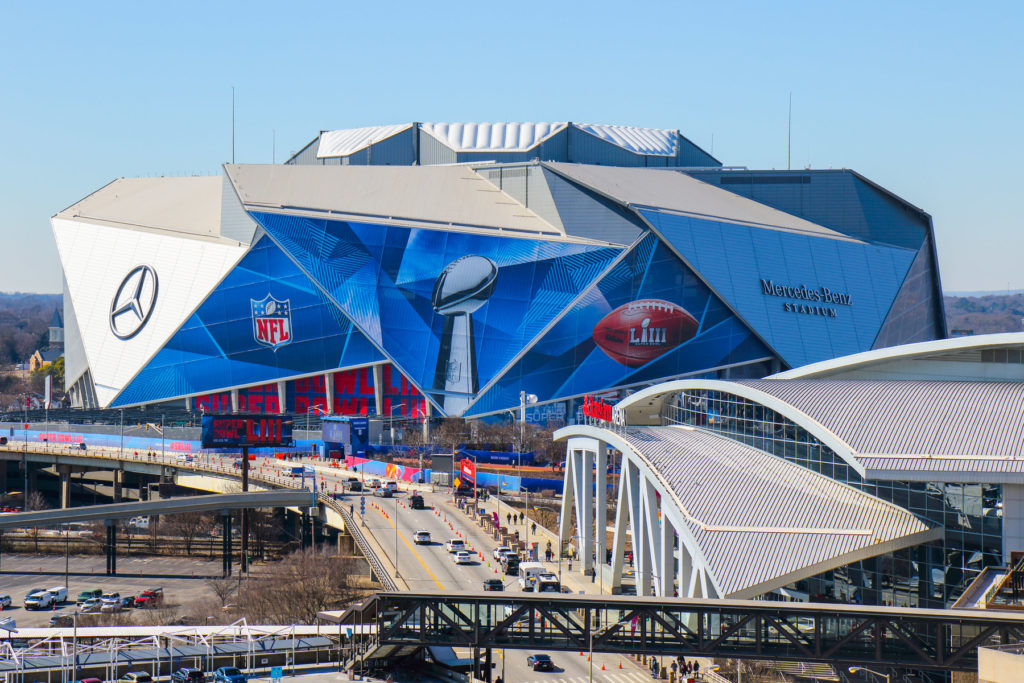 The college football and basketball championships will be held at the Mercedes-Benz Stadium in Atlanta. (Photo courtesy of Atlanta CVB)

We have big sports year ahead of us in 2020 and I can’t wait to get into it all. Sure, it is a presidential election year, but you can’t bet on debates, though I sure wish we could. So, as we start to look ahead to see what excitement we can start preparing for, find your tickets, book your hotel and gear up for some great sports getaways!

We are excited to unveil some of our top sporting events to look forward to in 2020…we hope you agree!

To kick off the new year, we have some football to finish up as we crown another college football champion and look forward to Super Bowl 54! The Super Bowl will be held in Miami, Florida on February 2 with the fabulous Jennifer Lopez performing the halftime show. And yes, this A-Rod fan is excited for that. This has been a very competitive year and many teams have the ability to make their way to Miami in the first week of February. As this article was written, there are two big MVP names still in contention as their teams continue to play well. As a Louisville grad, I am a little biased for my guy Lamar Jackson. He has been the highlight of the year, showcasing all of his offensive abilities for the Baltimore Ravens. He has one of the best chances at the MVP this year, but not far from him is Russell Wilson. Wilson has continued his great play for Seattle, beat Lamar and the Ravens and has a tenured head coach in Pete Carroll. This will be fun to watch unfold.

Also primed up for an action evening of football is the College Football Championships in Atlanta on January 13. The top four teams as of this writing are Ohio State, LSU, Clemson and Georgia. We’ll see what unfolds but this will be a game you won’t want to miss!

March is always an exciting time of year in sports, primarily because of college basketball. The NCAA Final Four will take place April 4, and Championship Gaming on April 6 in Atlanta, Georgia. As always, teams like Duke, Michigan State, and Kansas will certainly be in the mix and are no strangers to being on top, but it will be interesting to see what teams transpire over the season and make a run in the tournament. Don’t overlook my Louisville Cardinals who are sitting at #1 in country as I write this. Chris Mack is doing an incredible job this year and has a lot of talent. Jordan Nwora is hoping to lead this team on a long run in March and with the mix of veteran leadership and young talent, I am expecting some exciting games! Down the road in Lexington, Calipari has another young team at Kentucky who might be a bit streaky now, but he always has his team clicking when March comes along. He is going to be trying, as always, to get some consistency before the year is up and never count out Coach Cal! There is nothing quite like filling out those brackets every year and taking your co-workers money. Don’t ask me to be in your bracket. It wouldn’t be fair to everyone else in it!

After several years of Warrior dominance, I am excited to say the NBA is not a two-horse race anymore. With the Golden State excellence broken up by the free agent market and injuries, there are several teams who could end up playing in the championship in June. It could create some great playoff entertainment in Los Angeles as Lebron and Anthony Davis make one of the top duo’s of all time and plan to lead the Lakers to a successful season. But they are going to have to share their Staples Center home with a good roster, if healthy, in the Clippers. Kawhi Leonard and Paul George who also have good pieces around them, and Doc Rivers is trying to change some fan allegiances in LA. Meanwhile, Milwaukee will be near the top in the East trying to make it all the way with Giannis, and the 76ers will be right there with one of the most athletic teams in basketball. And we can’t count out Houston with The Beard dropping 40 a game, plus the addition of Westbrook is going to help the cause. 2020 might be a year to see which team can stay healthy and bring a full roster to the playoffs. 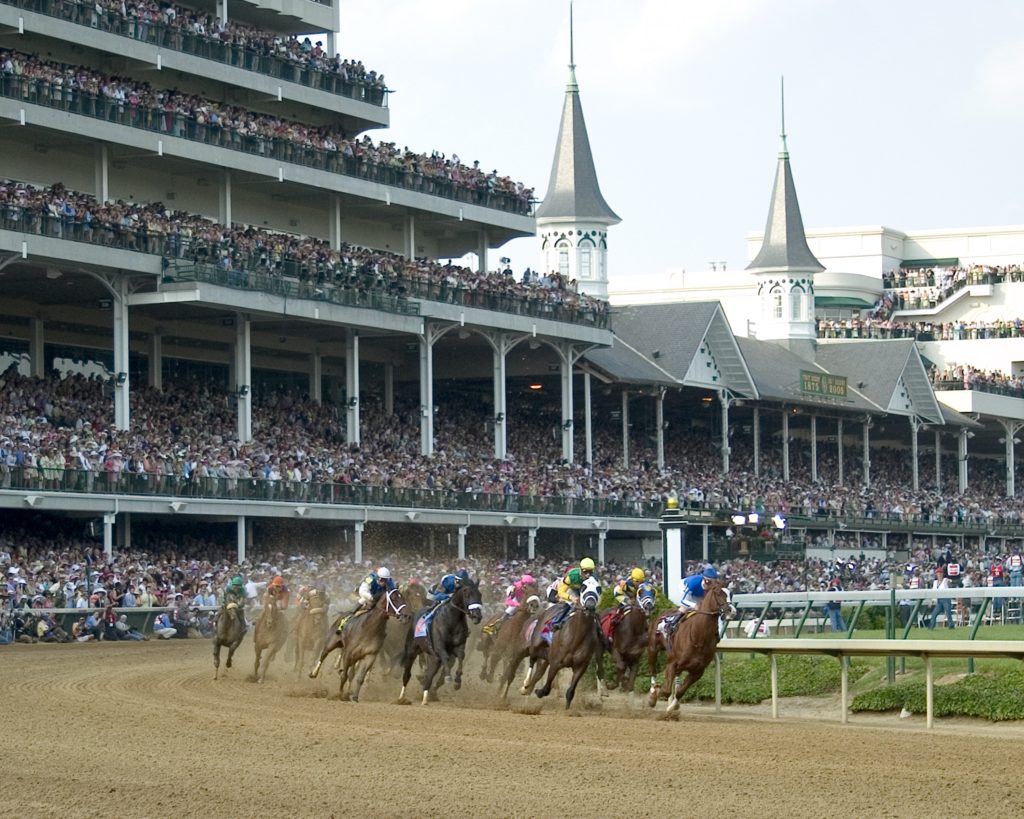 Spring is one of my favorite times of the year as horseracing is in full swing and the Triple Crown of racing kicks off with the Kentucky Derby at Churchill Downs on May 2 with the 146th running of famed race. Then, the second leg of the crown, The Preakness Stakes, takes place just two weeks later in Baltimore on May 16, and then the Belmont Stakes takes place three weeks after that on June 6. It is going to be interesting to see the response after the disappointing disqualification at the Derby last year, but I am pretty sure the Triple Crown races will all have their fair share of fans in the stands. Bob Baffert and Todd Pletcher will be bringing their best as always, looking to win the biggest races of the year. So, it’s time to buy that new outfit, get your tickets, plan your parties, and get excited for a Mint Julep filled day.

In addition to the Triple Crown, the horseracing world comes together in the annual Breeders’ Cup World Championships. This is where the top horses among various divisions each race to see who the champions are. You will see a total purse of almost $30 million up for grabs with the Classic race for 3-years old’s and up carrying a purse of $6 million. If you like horseracing, this two-day spectacle takes place on November 6 and 7 at the beautiful and historic Keeneland Racecourse in the horse capital of the world, Lexington, Kentucky. Don’t miss out!

Another year, another left turn. NASCAR will be back in full force and big names like Kyle Busch, Martin Truex Jr., Kevin Harvick, and Denny Hamlin hope to keep the success rolling. Each will cost you plenty in your fantasy leagues. One of the biggest headlines of the year will be Jimmie Johnson taking his victory lap. We have seen this kind of retirement in a lot of other sports, and I think Johnson will receive a big ovation at some of the biggest races this year. He has had so much success in this sport, and is going out on his own accord. Good for him. I hope he finishes strong. 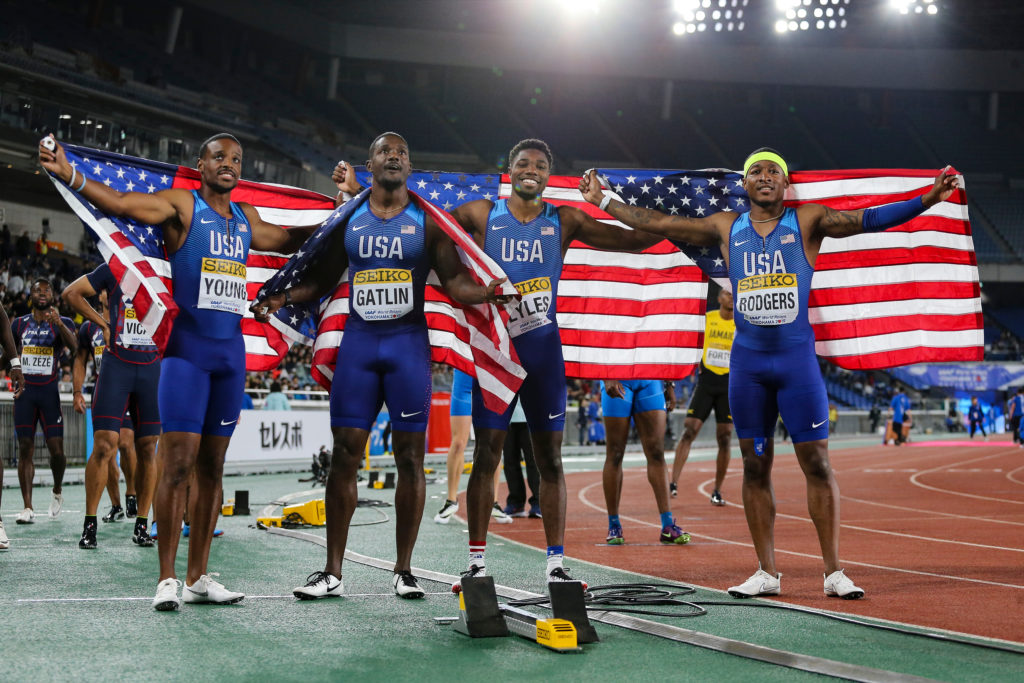 The Summer Olympics will take place July 24 to August 9 in Tokyo Japan. (Photo courtesy of Shutterstock)

This year brings back the Summer Olympics and I couldn’t be more excited. You always need to take advantage of this special event, since we only get this opportunity once every four years. America has always seemed to fall in love with the performance of a certain athlete in these games. We have had faces like Simone Biles and Michael Phelps that have really brought the country together to root for their success. Someone has to be that center of attention this year. Who will it be? I think we need to look out for Noah Lyles to take that spot. He is competing in track and field, and has broken Usain Bolt’s sprint record in 2019. He will be looking for gold in the 100-meter, 200-meter, and the 4×100 meter relay. Regan Smith is a swimmer who also might receive a lot of attention. She will just be turning 18 this year, and already holds several world records in the backstroke. Regan didn’t qualify for the 2016 Olympics at the age of 14, but she is a young talent who could have some success in the 2020 games. In gymnastics, one person to look out for is Morgan Hurd. Another young talent from the United States is looking for her first trip to the Olympics. She hopes to follow in Simone Biles’ footsteps and achieve stardom in Tokyo. 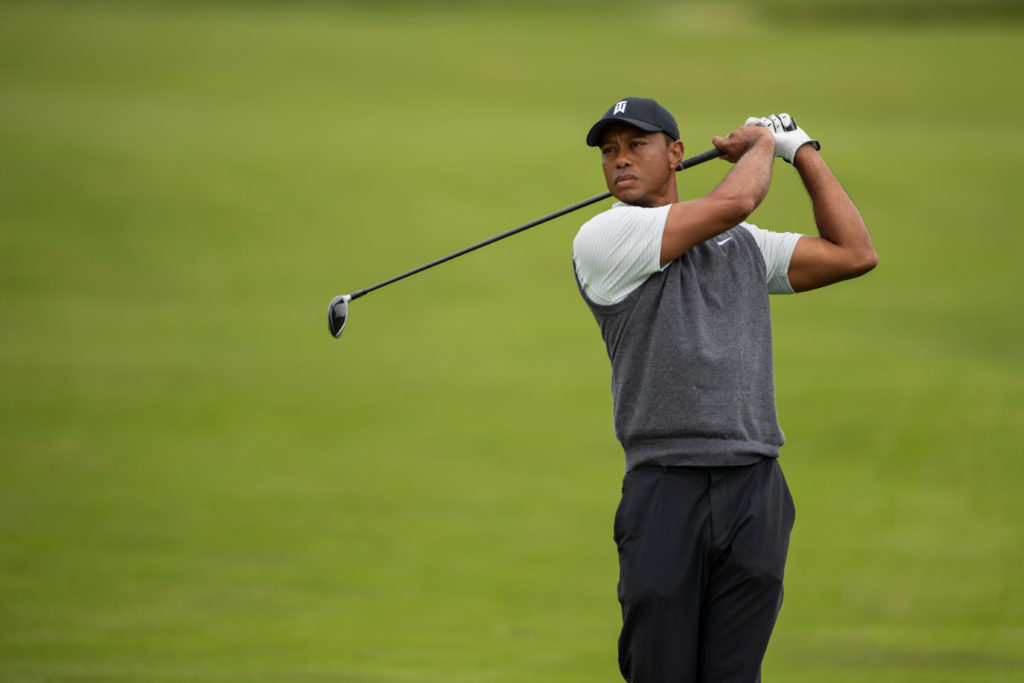 Tiger Woods will be a front runner on this years PGA Tour. (Photo courtesy of Shutterstock)

In the PGA, Rory McIlroy is coming off another FedEx Cup win. I like him to be near the top of the favorites this year alongside some other familiar names such as Justin Thomas and Dustin Johnson. It will be interesting to see if Tiger can stay healthy and win a tournament or two. Another major win would be huge in his race to catch Jack Nicklaus. Hopefully Tiger can come back strong in April at the Masters and have a good season. When he is in the game, everything is bigger and that is good for golf. He is on the heels of leading Team USA to a huge victory in the Presidents Cup in December as the captain and player and should be poised and ready to take 2020 by storm. Add that to the fact that this year will mark the 43rd Ryder Cup, and we could be in for some major fireworks from Tiger and the entire USA team. The Ryder Cup will be played September 25 -27th at Whistling Straits Golf Club in Wisconsin where the top players in the United States take on the top players from Europe in various matches and formats to determine the winner. Making golf a team sport at a professional level and mixing up the format from regular tournaments, creates an excitement and buzz around the sport that a lot of other tournaments fail to do. The U.S. team is bound to have some veterans as well as some talented young guys that have had success on tour making for some interesting matches. Go USA!

At the end of the 2019 MLB season, the Washington Nationals walked away with their first World Series championship. With a lot of trades and free agency still to happen, we could be in for a very different playoff picture in 2020. One of the top stories to watch this year will be the Philadelphia Phillies and how things unfold with the team’s direction. Joe Girardi is going to have his hands full with high expectations right out of the gate, but as a former Yankees manager, he will be able to handle that. Bryce Harper has to be hungry for a playoff run after his old team won it all just a year after he left. The Yankees are in the process of building an all-star team centered around their signing of stud pitcher Gerritt Cole to a $324 million contract. The Dodgers are still trying to put it all together, and the Astros are hoping Commissioner Manfred has a good offseason. There is no telling what kind of sanctions will be passed down, or rules might be put in place over the World Series sign stealing issue. Take some time and watch a little more west coast baseball this year if you haven’t been already. Mike Trout is on pace to achieve all-time great statistics, and does so in incredible style. He is a once in a generation talent so embrace it while it lasts.

While we can’t predict the epic events and moments that will unfold in 2020. Heck, Floyd Mayweather might be back in the ring this year as he turns 43. Insider information does say the Louisville Cardinals will win in March, the LA Clippers will be kings in California, and the Yankees will win their 28th World Series title. You heard it here first. It will be another year filled with winners and even more losers. Just make sure you wear the right jersey, or you might end up in the wrong column. Happy New Year!