Blackjack: 5 Costly Hands and How to Play Them 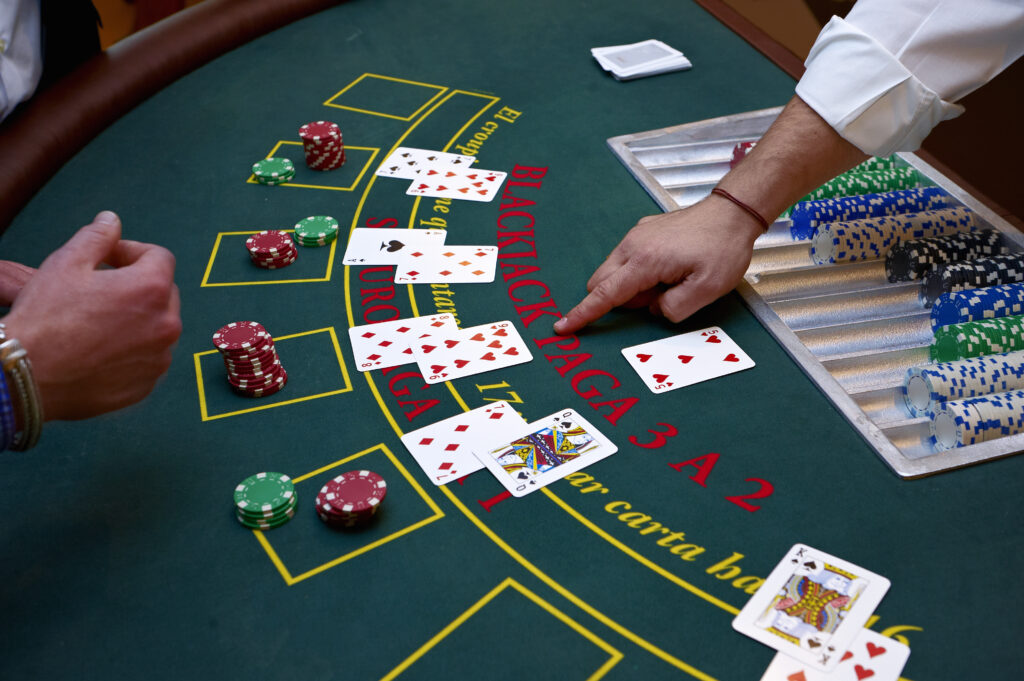 In any learning experience, mistakes go with the territory and the game of blackjack is no exception. Players who are serious about cutting the house edge learn basic strategy to eliminate most mistakes. However, those who are not so dedicated will keep making non-optimal plays and losing money.

Some mistakes crop up repeatedly and to some players, the wrong plays seem so right that they can’t convince themselves to play the basic strategy way.

Let’s take a look at six common yet costly plays, with detours to related errors. They may not be the costliest plays you can make, but the downside of hitting a hard 20 is a lot worse than the cost of the hands below. But no one makes that play so hopefully you won’t either!

We are also not highlighting the most frequent mistakes. Players often stand on 16 vs. 10 when basic strategy says to hit. But that’s a low-cost mistake on a close-call hand. in fact, for those who reach beyond basic strategy, it is a better play to stand vs. 10 if your 16 is three or more cards and includes a 4 or a 5.

What you will see in these highlighted hands are plays that are both common and costly — plays that are especially hazardous to player bankrolls. Statistics given are for six-deck games in which the dealer hits soft 17 — the most common conditions you will find in American casinos today.

Basic strategy tells us to double down. Players who opt to hit instead worry the dealer might have a 10 face down, but 10-value cards make up only 30.8 percent of the deck. In standard American games where the dealer checks for blackjack before players make decisions, you already know the dealer doesn’t have an Ace down, so that’s not a concern.

In a six-deck game, if you hit 6-5 against a dealer 10, you will win 56 percent of the time and have an average profit of 11.8 cents per dollar wagered. It doesn’t matter if the dealer hits or stands on soft 17 as it doesn’t come into play if the dealer has 10 up.

If you double down, you will lose some extra hands because you can’t draw a second time. If you draw a 2, you are stuck with 13 against a 10. Because of that, you win only 54 percent of the decisions. But your average profit rises to 17.8 cents per $1 of your original wager. 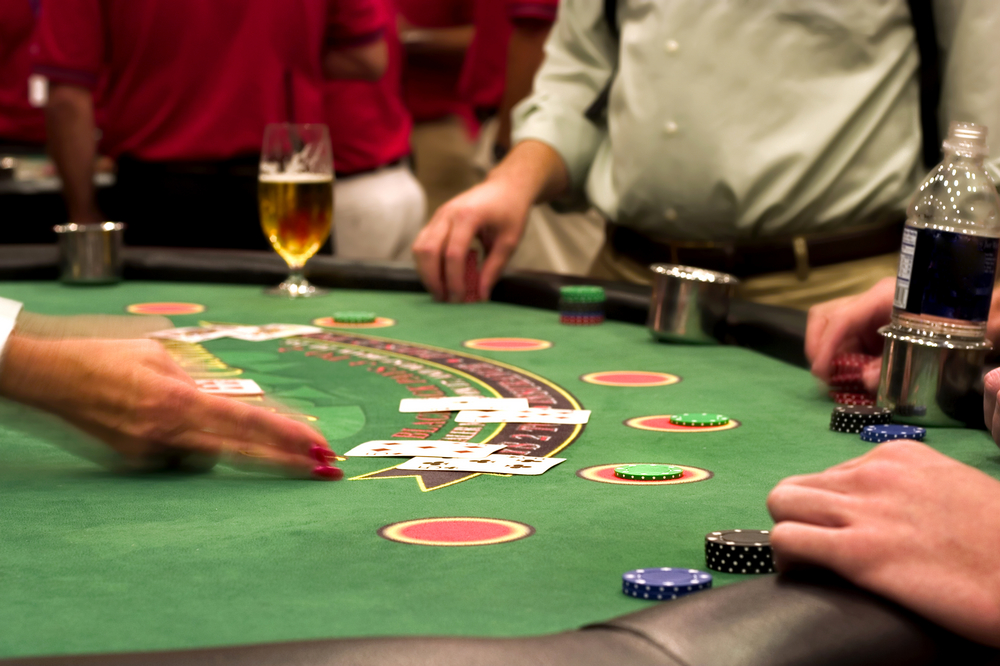 By now, much of the playing public has learned not to stand on soft 17 against any dealer up card. Basic strategy is to hit soft 17 against 2 or 7 and up, and to double down against 3 through 6. There are enough holdouts to be noticeable and a persistent corps of players sees 17 as a standing hand without distinguishing between hard and soft hands.

The problem with this is that 17 is not a winning hand unless the dealer busts. The best it can do is push a dealer 17 and since you can’t bust soft 17 with a one-card hit, there’s very little downside and some big upsides to seeing more cards.

If the dealer has a 6 up, there are big gaps in average outcomes of possible plays. Stand, and you’ll average a tiny loss of half a cent per $1 wagered. Hit, and you turn that into a 12.6-cent profit. Double down, and you raise that profit to 25.2 cents per $1 of your original wager.

The worst possible play is to stand.

The differences aren’t quite as large, but 17 vs. 7 is a bellwether hand, too. Stand, and the average outcome is a 10.4-cent loss per dollar. Hitting turns that into a 5.5-cent profit. Don’t double down. That puts you back on the losing side at nine-tenths of a cent.

Players stand on soft 18 a LOT more often than on soft 17. It is better to double down if the dealer has anything from 2 through 6 up, but standing is the basic strategy play if the dealer shows 7 or 8. So this is not quite the same situation as soft 17, where the best time to stand is never. But instead of standing just vs. 7 or 8, a large share of players also stand against 9s, 10 values and Aces. Standing is common in those situations, and I’ve even had dealers chastise me for hitting Ace-7 vs. 10. The better play is to hit soft 17 if the dealer has a 9 or higher. In each case, the dealer has an edge and you reduce losses by hitting.

Among those hands, it’s costliest to stand against 9. Your average loss if you stand is 18.3 cents per dollar wagered. If you hit, you trim the average loss to 9.8 cents and sometimes hitting will leave you worse than you started and wind up hitting more than once and busting, while you’ll never bust if you stand. But by hitting, you will improve enough to beat dealer 18s, 19s or 20s often enough to cut your losses.

It is understandably difficult to take a hit when one card can bust your hand. But when you hit 12, you will bust only if you draw a 10 value, and they make up less than a third of the deck at 30.8 percent. Meanwhile the dealer will bust when showing a 2 only 35.3 percent of time. Waiting for a dealer bust is a losing proposition. 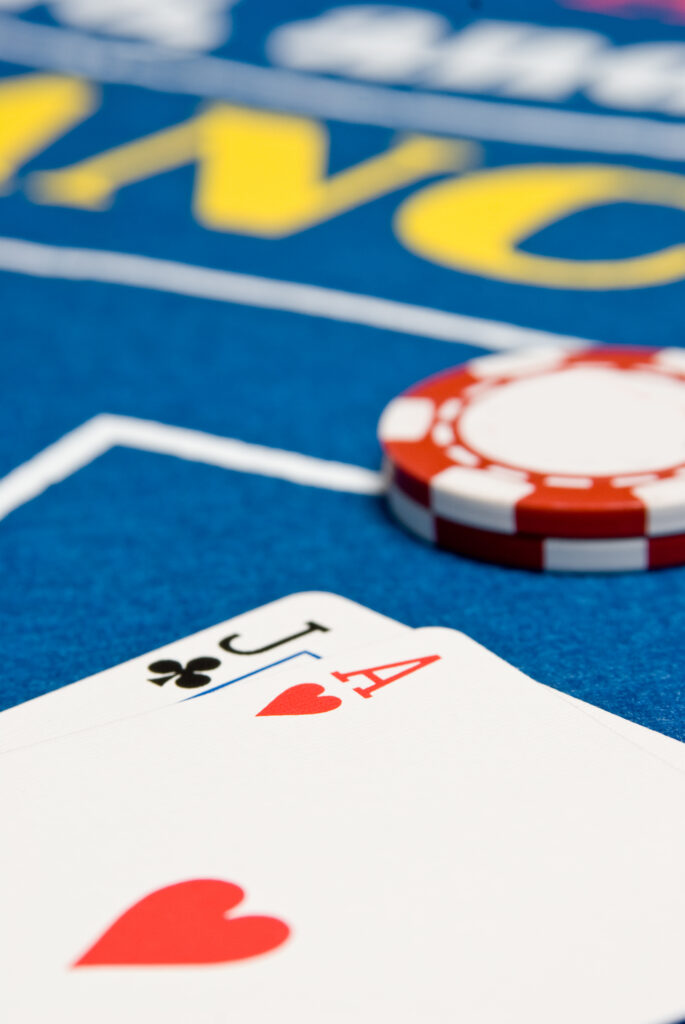 However, when you hit 16 and get a draw that doesn’t bust you, you’re more likely to have a total that beats the dealer when the dealer starts with 7 than with 10.

Say you’re dealt 8-8 against a 10 and you split. You draw a 10 on each so you sit with two 18s. The dealer turns up a 10 to give him 20, and takes your money twice. We’ve all been there, right? The double-loss nightmare sticks with us, but overall, we’re dealt good enough hands on our split 8s to cut losses. We lose less money by making the second bet than we would if we just played the 16.

No matter what, 8-8 vs. 10 is a bad situation, and the best you can make of it is to trim your losses. But we have to take what we can get, and the best play here is to split.

We hope this article helped clarify some valuable plays and costly mistakes. Good luck with all of your playing decisions.