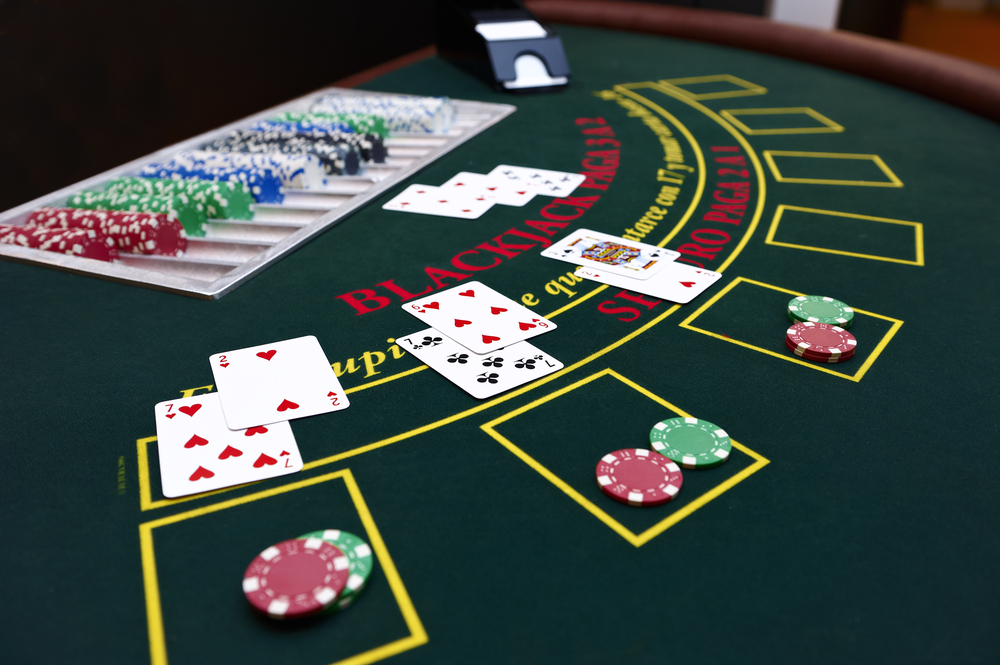 There’s one minor exception. With two or more decks in play in a game where the dealer hits soft 17 and late surrender is offered, it’s better to surrender 8-8 against a dealer’s Ace.

Some hands are closer calls than others. Let’s check out some numbers for six-deck games where dealers hit soft 17 — the most common blackjack games around today.

Example: When the dealer has a 6 up, we’ll average a 12.5-cent loss per dollar wagered if we stand. We wouldn’t even consider hitting, where the average loss zooms to 43.8 cents per dollar.

But if we make a second bet equal to the first, split the pair and have two hands of 8 each against a dealer’s 6, we’re in profit territory. Now our average result is winning 38.3 cents per dollar of our original wager.

The closest call on the profit side is splitting 8s vs. a 2. The average loss of 28.4 cents when standing becomes a 7.4-cent profit when splitting — a gain of 35.8 cents per dollar of the original wager.

The widest swing comes in splitting 8s vs. a 7. There, average losses are 48 cents when standing and 40.8 cents when hitting — the only hand among the profit turners where hitting is better than standing. That turns into a 31.8 profit when splitting, a 72.6-cent gain over the next best play.

The closest call is 8-8 vs. 8, with losses of 59.5 cents when standing, 53.9 when hitting and 51.4 when splitting. Those numbers are why we’d surrender if we have the option. We give up half our bet when surrendering, so the average loss on surrender is always 50 cents per dollar.

Standard procedure when we split Aces is that we can split only once and get only one card on each Ace. No hitting, and it’s a rare casino that allows us to resplit if we draw another Ace.

On the average, splitting Aces will turn a profit against every dealer up card. If the dealer has 8 or lower, hitting also is profitable, but splitting brings the biggest profit. The closest call in those hands is 8-8 vs. 8, where hitting wins an average of 9.5 cents per dollar, while splitting brings 36.9.

When the dealer has a 9, hitting Ace-Ace is basically a break-even play, with an average loss of three-hundredths of a cent per dollar wagered. Splitting turns that into a 27.3-cent profit per dollar of your first bet.

These are not close calls. Always hit Aces.

Not much needs to be said about splitting 5s. Why would you want to start a hand with 5 instead of 10? When you have a favorable situation, you can make your extra bet by doubling down.

With 5-5, follow basic strategy for 10s and double down against 2 through 9 and hit against 10 and Ace.

As for splitting 10s, you already have a strong hand with a 20. Don’t risk a good thing by splitting.

Some players think they should split 10s against 5 or 6 to get an extra bet on the table while they have an edge. They do have an edge on those hands, but splitting shrinks average profits.

There’s a reason basic strategy says to always split Aces or 8s and never split 5s or 10s. Those are the money plays.