Types of Casino Gamblers & The Things They Say

When it comes to gamblers, you will notice a lot of different eclectic personalities and behaviors. You will see everything from superstitious rituals to over zealous excitement with visions of guaranteed jackpots. Whatever category you find yourself in, or your favorite gambling buddies, we feel that most fall in to one of three categories. Check them out and see which you align with the most. 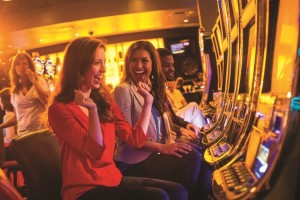 1. Category One: The advantage-player is the type of player who wants to get a true statistical edge over the house. These individuals are rare indeed. Of the 54 (or so) million casino gamblers in the United States, I would hazard a guess that maybe five to 10 thousand are in this category?? most of them being low-stakes blackjack card counters. Others might include skilled dice controllers, video poker experts and Pai Gow poker experts. Given enough time and patience (and bankroll) many of these players can be ahead of the casinos as they leave Earth and join the heavenly choir.

2. Category Two: The astute player who uses the best strategies at the best games he or she plays. These players cannot win in the long run, but their losses are contained by the excellent strategies they employ. They use the computer generated basic strategies in blackjack; they make the best bets of the Pass Line, Come or Don’t Pass and Don’t Come in craps, and the best strategies at video poker and Pai Gow Poker. They even know the best roulette games to play!

3. Category Three: This is an all-inclusive one and contains, but is not limited to, the instinctive player who develops his or her own strategies based on any one or many of the following un-principles: psychic vibrations, limited logic, silly erroneous beliefs and dogged idiocy. They will make the worst bets at games where some of the best bets in the casino exist for example at craps and baccarat. These players are often cantankerous and more often angry that their lifetime results are losses, often major losses. Many of these players play too fast and perhaps imbibe too much and are generally not in control of their emotional states. These are not degenerate or problem gamblers, just generally dumb ones.

Some of my books have been directed at the advantage-player or those who wish to become advantage-players. Most of my books, however, deal with and advocate strategies that will allow the players in Category Two to make the most of their casino gambling experiences.

I get some negative feedback from casino gamblers in Category Three who take me to task because I state quite clearly that there are no ways to beat the games if one does not understand the math behind them. In short and to make the shortest point, there are no strategies that can overcome the house edge. But some strategies are so bad that the player is asking for losses.

Using craps as our example let me go through Category Three craps players and the silly and sad ways they play. (I fully expect to get some feedback on this column but, as Doris Day sang: What will be will be!

Sayings of the Category Three Players and the Real Truth

“I walk by the tables and send out my sixth sense to see if the next shooters will be hot. If I feel they will be I jump on the table and bet on all the numbers”

The Truth: Many people believe in some form of extra-sensory perception, but such presumptive abilities have never been proven or shown to work at gambling games. Yes, you will meet people who claim that one night they felt they would get hot and they did. These people are more than cancelled out by the legions of other players who thought they might get hot, but instead got clobbered.

“I am a trend bettor. I always see what numbers have been hitting and I bet on those numbers. Numbers repeat and all gamblers know this”

The Truth: Yes, numbers do repeat, but there is no way to predict which ones and how often and whether those repetitions actually can give players the long-term (or short-term) edge. Some players use trend betting with the numbers that have hit; some use it to bet against the numbers that have hit. It is not a winning strategy and does not reduce the house edge in any way.

“I never bet the Pass or Come because these bets have to stay up on the table once they are on a number. Place bets can be removed”

The Truth: A Place bettor would have to take his bets down at least 80 percent of the time to somewhat equal the house hit on his bankroll that the Pass, Come, Don’t Pass and Don’t Come have. I’ve never met any craps player who does this. I rarely meet craps players who take down their bets at all.

“I love making the Whirl, the Hardways, the Horn, the C&E and the Big Red.”

The Truth: The dumbest bets at the game, along with the new bonus bets, such as the Fire Bet. Long-term use of such high house-edge bets is like banking where they charge you a huge commission on your accounts.

My final word to Category Three players is simply this: “Become a Category Two player! Trust me on this.!